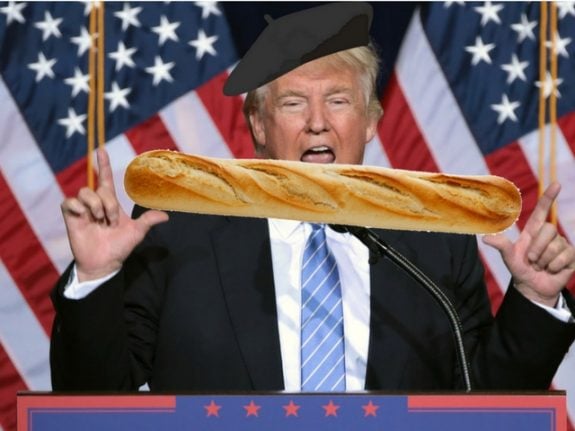 On Tuesday night the website Buzzfeed posted a story that might concern the likes of François Fillon, Emmanuel Macron and other candidates in the upcoming French presidential election. Although perhaps not Marine Le Pen.

The article was titled: “Trump Supporters Online Are Pretending To Be French To Manipulate France’s Election” and suggested fans of the controversial US president were now mobilizing to help Trump admirer Marine Le Pen in her battle for the Elysée Palace.

The report included images from a private chatroom they had gained access to called “The Great Liberation of France”, hosted on a messaging platform called Discord.

It revealed how Trump supporters are organising online to create fake French accounts on social media.

Using the fake profiles with names such as FN_LePen_2016, the screenshots show how they plan to take to the comments sections of French Facebook pages as well as targeting pro-FN Twitter trends and Reddit posts.

One of their tactics is to fill the comments of popular pages with jokes mocking Les Republicains candidate Francois Fillon – the favourite to beat Le Pen in the crucial runoff vote next May – as well as pro-FN memes.

“They go their [sic] for the news but will be de facto subjected to our meme magic in the comments section” one of their messages read.

“We hit them with our memes, anti-Fillon shitposting”. The idea is to boost the popularity and legitimacy of National Front candidate Marine Le Pen to encourage another populist presidential win after the election of Donald Trump in the US, Buzzfeed reports.

Members of the chatroom are advised to create profiles that go against the popular image of FN supporters in order to make it appear that the party is more popular with certain groups than it is. They also have a GoogleDoc for members to fill in relevant information and instructions to make the posts seem believably French. It includes information on what issues concern people in the country, the “dark past” of the opposing candidate and what memes are popular.

The nationality of the members isn’t clear, some evidence suggests involvement of Russian fascist supporters. “Right now there is this loose sort of alliance between Russian neo-fascists like Alexander Dugin and the international alt-right,” Buzzfeed’s anonymous source within the group said.

“The shared agenda is to get far right, pro-Russian politicians elected worldwide.”

The group plans to target “upcoming events” in several countries, including the Austrian, Italian, Dutch and German elections under the slogan MEGA (Make Everything Great Again).

Marine Le Pen is an admirer of Donald Trump and was quick to congratulate him on his election win in November.

Earlier this month she told reporters how Donald Trump would be good for France.

On a recent trip to New York she was pictured having a coffee in Trump Tower, but her aides insisted no meeting with the US president took place.

While a Le Pen victory in France is still seen as an outside bet, many political experts now agree that after Trump and Brexit, the idea of “President Marine Le Pen” can no longer be dismissed.