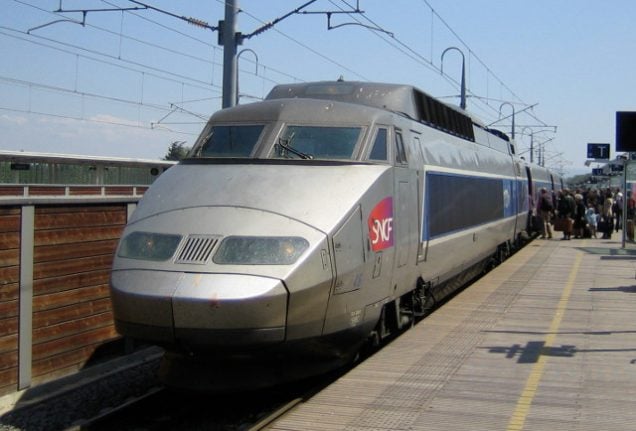 Photo: Gordon Joly/WikiCommons
For anyone who's ever wondered if there is time to have a cigarette during a TGV stop – it appears we have the answer.
An 18-year-old mother found out the hard way when she jumped off a TGV at Le Mans in western France on Monday night, reported the Maine Libre newspaper.
With her was her new 19-year-old partner, the paper reported, but not her infant child, who remained on the train for unknown reasons.
It doesn't take a genius to figure out what happened next – the train closed its doors and headed towards Angers – around 100km to the south west – leaving the couple behind mid puff.
Observant passengers noticed the lone child and alerted the conductor, who stopped the train and alighted with the baby.
The conductor was joined by police, who waited for the mother to catch up on the next train, and then checked her identity before letting her leave with her baby.