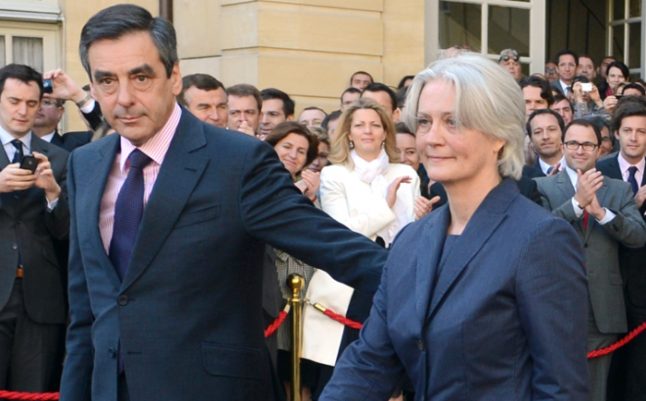 The allegations were first made by The Canard Enchainé newspaper, which mixes satire and investigative reporting, and alleged British-born Penelope Fillon had been paid from money available to her husband as a longstanding MP for the northern Sarthe region.

The newspaper alleged she earned around €500,000 ($538,000) in three separate periods, but said its reporters had not been able to find witnesses to her work.

The revelations, dubbed “Penelope Gate” have caused a storm in France, which is just months away from a presidential election, one that François Fillon is expected to win, according to the latest polls.

While Fillon himself dismissed the report as “mudslinging” and blasted the “misogyny and disdain” of the Canard Enchainé’s allegations, the French financial police from the PNF (Parquet National Financier) appear to be taking it seriously.

They have opened a probe into “misuse of public money, abuse of corporate assets and covering up these crimes”.

Le Parisien newspaper, which reported that an official investigation had been opened, said investigators will want to know what services Penelope Fillon provided to justify the salary or whether the job was “fictional” (fictif).

Fillon's spokesman Thierry Solere told AFP Tuesday that Penelope had worked for her husband, an arrangement he said was “common” among French MPs.

Hiring family members is not against the rules if the person is genuinely employed, but attention is focused on what work Penelope carried out for a salary of sometimes around €7,000 a month.

The mother-of-five has kept a low profile in Fillon's nearly four-decade political career and was thought to have been focused on bringing up the couple's children at their chateau in the Sarthe region.

The 62-year-old candidate for the rightwing Republicans party has run a campaign promising radical economic reforms and the protection of French culture.

“It's up to him to explain himself,” Socialist party presidential candidate Manuel Valls told France Inter radio on Wednesday. “You can't say you're the candidate of honesty and transparency and not be able to respond to these issues.”

Other opponents highlighted how Fillon frequently rails against the bloated French state and wasteful public spending, which he plans to tackle by cutting 500,000 civil servants if elected.

Employing a family member is banned for MPs in Germany or in the European parliament, but is allowed in Britain where nearly one in four lawmakers has such an arrangement, public records show.

The French investigative website Mediapart reported in 2015 that one in five MPs had employed a family member at some point.