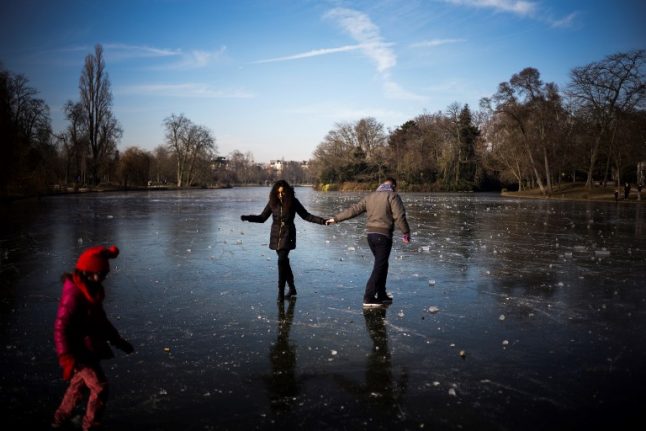 The frozen Daumesnil lake at Bois de Vincennes the the east of Paris. Photo: AFP

Can you feel your fingers?

Temperatures plummeted over the weekend in the capital as the Siberian Chill showed no signs of disappearing.

But fortunately for those who like to see Paris on ice, some spectacular images have emerged. Here are some of the best.

Starting with the Jardin du Luxembourg. A dog on the Daumesnil lake at Bois de Vincennes. Photo: AFP Above, another look at the Daumesnil lake at Bois de Vincennes. Photo: AFP

And in video form:

It's also frozen over at the Park Montsouris in the 14th arrondissement.

A Frozen canal outside our offices today and as @Triggotron pointed out…even the usual Paris street pee has turned to ice. #cacaille pic.twitter.com/dWxzPRlTe3