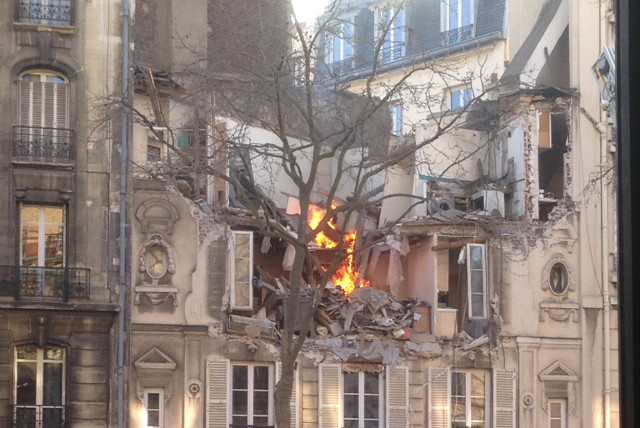 The explosion occurred on Friday afternoon  in the suburb of Boulogne Billancourt to the south west of Paris.

Photos and videos from the scene showed what appeared to have been a blast on the second or third floor of the building.

It created a force strong enough to blow the street-facing walls off.

At least five people were injured in the blast, reported BFM TV, two of whom were said to be in an urgent state. Witnesses at the scene said that the explosion left the ground shaking, and sent huge plumes of smoke into the air (see tweet below).

In May last year another huge gas explosion blew apart the top of an apartment block in central Paris. Luckily no one was hurt.