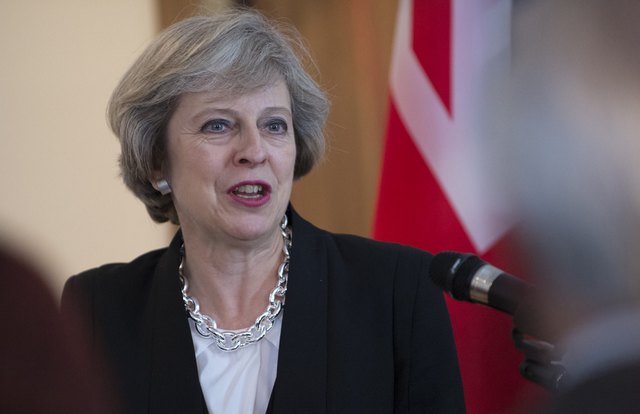 May announce plans for a ‘hard Brexit’ on Tuesday, confirming her plan to take Britain out of the European single market, which many business leaders have warned would hit the economy hard.

On Monday the pound dropped to around the €1.12 in official exchange rates, before recovering slightly. According to exchange sit XE the pound was worth €1.13 on Tuesday.

The drop in the pound against the euro on Monday came ahead of May's speech in front of ambassadors from around the world in Westminster.

May told ambassadors that the Brexit would mean leaving the EU single market.

“We will seek a new and equal partnership – between an independent, self-governing, global Britain and our friends and allies in the EU,” she said.

The EU and France had been hoping May will actually put some meat on the bones of her Brexit plan, with French finance minister Michel Sapin blasting Britain on Tuesday for “improvising” over Brexit.

“All of this shows how helpless the British government is in the face of a situation that some of them didn't want,” Sapin said.

Each time Theresa May has suggested she will seek to leave the single market to ensure controls on immigration, the pound wobbles against the euro.

Hence fears ahead of Tuesday's speech.

“We are holding our breath,” France-based British expat Brian Cave told The Local before May's speech on Tuesday.

Cave said that due to the fall in the pound, the income of some British people living in France has fallen by over 20 percent compared to before last June's referendum. And it could get worse after Tuesday.

“I do not feel that she really grasps the fear and worry that so many British Citizens in the EU have,” said Cave.”The impression is that her thoughts were almost completely taken up with the economy and not the effect on ordinary citizens, either at home and certainly not those abroad.

Britain's Independent newspaper reported that some British travellers flying to France on Tuesday will even be paying over £1 for every euro, as one bureau de change at London's Gatwick airport valued the pound at only €0.97.

Marcello Mastioni, vice president of Europe, Middle East and Africa for the holiday rental firm HomeAway told the Independent that this drop in the value of the pound could lead to as many as a third of British families to stay at home for their holidays this year.

Some financial experts predict the pound will eventually fall below €1.10 while after the Brexit referendum some predicted the two currencies would eventually reach parity.

Pensioners living in France, many of whom rely on their British pensions, have told The Local how much the weakening pound has changed their lives – with many reporting a 30 percent drop in income.

Lynda Adcock, a 63-year-old in Brittany, told The Local recently: “We are really struggling at the moment and it has made us very sad and angry, just for the sake of a political spat between friends. I shall never understand the mess that the referendum had caused,” she told The Local.
“The exchange rate means that we have to think about if we can put the heating on, what we eat and it has generally made a huge impact on our daily life. We always pay our bills first and keep a roof over our heads. That is what is important.”
READ ALSO: Pensioners in France hit hard by sinking pound