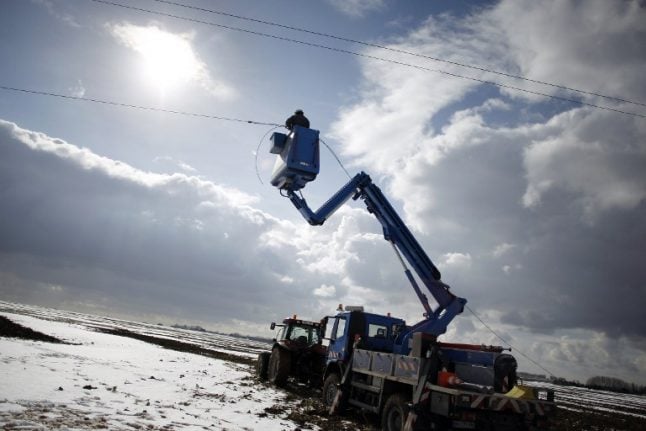 Photo: AFP
Tuesday marks the start of an extended cold snap that is expected to bring temperatures far below 0C across France.
The icy weather is mounting pressure on the country's power supplies, with grid operator RTE saying the situation was “fragile”.
While it had previously raised the potential of needing to take exceptional measures to account for the extra demand, it said in a statement on Monday that there were no scheduled cuts as yet.
Energy company EDF emailed users to warn them to conserve electricity, suggesting homes needn't be any warmer than 19C.
It also urged people to use their dishwashers and washing machines at off-peak hours. Thursday is expected to be the peak of the chilly weather.
From Tuesday, however, the Mercury is tipped to get as low as -10C, according to national weather agency Météo France.
“A large part of the country will go through the day without thawing out,” it said in a bulletin on Monday morning.
It added that minimum temperatures across France would range from -4C to -10C on Tuesday, and that similar conditions would continue until the end of the week.
“The last cold snap of this magnitude was the in the first half of February, 2012,” it said.
Below are the weather forecasts from Météo France for the next few days, starting with Tuesday morning. Below is the forecast for Tuesday night. And below is Wednesday night.