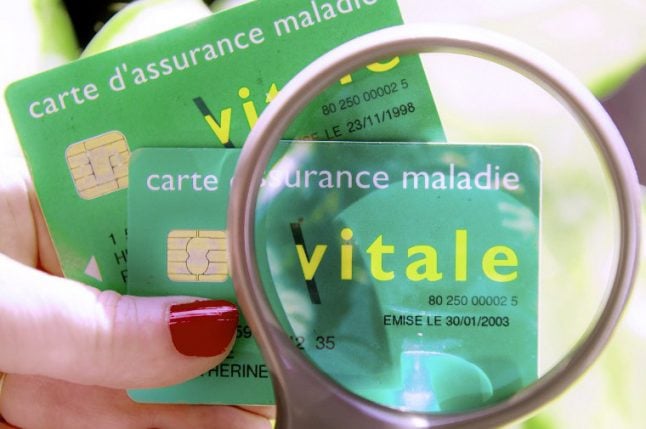 Photo: The carte vitale which is used to get health costs reimbursed by the state. Photo: AFP

Le Pen's desire to give priority to French citizens when it comes to benefits and the health system means foreigners will have to pay the price.

On Monday the leader of the far right National Front party and presidential election candidate revealed details of a plan to bar legal foreign immigrants from being reimbursed for health costs by the French state for the first two years of their time in France.

“Someone who arrives legally should wait some time before benefiting from the reimbursement of health costs,” Le Pen told RTL radio on Monday.

That means that even if foreigners pay their taxes and social charges to the French state just like French people, they would still not be allowed to claim money back for treatment, under Le Pen's plan. In France patients will normally pay a fee up front for their treatment, before being reimbursed through a combination of the state’s social security system and insurance companies known as “mutuelles”.

“When you go to a country, you don’t expect the country to support your needs,” Le Pen told RTL radio. “There are a lot of French people going to work in the United States, Germany and Australia and no one pays their healthcare or school costs.”

National Front party officials later told French media that foreigners with urgent medical needs will be have their costs covered.

Le Pen however may run into a legal wall if she ever gets the chance to put her plan into action. A 1990 ruling by France’s constitutional council stated that “in terms of social rights foreigners legally living in France must be treated the same as French people.”

Le Pen, who wants to reduce immigration to an “absolute minimum”, has yet to reveal full details of her presidential programme but she caused a stir in December when she said schoolchildren of illegal immigrants should not get access to free education.

“I've got nothing against foreigners but I say to them: if you come to our country, don't expect that you will be taken care of, treated (by the health system) and that your children will be educated for free,” Le Pen said.

“That's finished now, it's the end of playtime,” she told an audience at a conference organised by a polling group in Paris.

Speaking to AFP afterwards, she clarified that she wanted to block education for immigrants who are in France illegally, not all foreigners.

Such a move would contravene current French law which guarantees school places for all children.

Opinion polls suggest the leader of the National Front (FN) will finish second in next year's presidential election but she is hoping for new momentum after Donald Trump's victory in the United States.