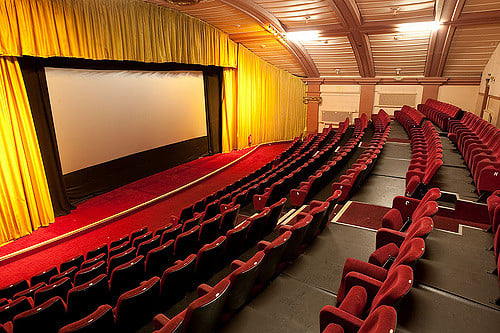 Photo: Dave Wilson Cumbria/Flickr
In 2016, French-made films sold 34 million tickets abroad, a fall of 70 percent compared to 111.4 million in 2015, a bumper year, it said.
It was also the first time in 10 years that the annual figure was less than 50 million tickets.
The fall was in part due to the stellar success of French films in 2015.
The 2015 crop included the English-language blockbuster “Taken 3”, produced by Luc Besson's Europacorp company, and the animated version of Antoine de Saint-Exupery's novella, “Le Petit Prince”.
In 2016, French movies also lacked a hit comedy as well as a stand-out “film d'auteur” — the arthouse movies that traditionally are a French strength.
“The 2016 figures aren't good,” Isabelle Giordano, chief executive of Unifrance, said on Friday.
“It makes us realise that we can't always rely on Luc Besson and that we should push all producers who want to produce internationally.”
READ ALSO: Five must-see French films for 2017 The fall in interest abroad was most marked in Asia. The Chinese audience plummeted by over 93 percent.
There was a 61-percent fall in anglophone North America, down to 6.3 million tickets sold.
The biggest overseas market for French films remains Western Europe. Even there the 16.9 million cinemagoers last year represented a 39 percent fall from the 2015 figures.
French cinema has higher hopes for this year with Besson riding to the rescue with the sci-fi action movie “Valerian and the City of a Thousand Planets,” due in the summer.
In November, the National Cinema Centre launched a 12-million-euro ($12.77-million) scheme to help the export push.
“I think there are good things on the way over the next two years,” said Giordano.