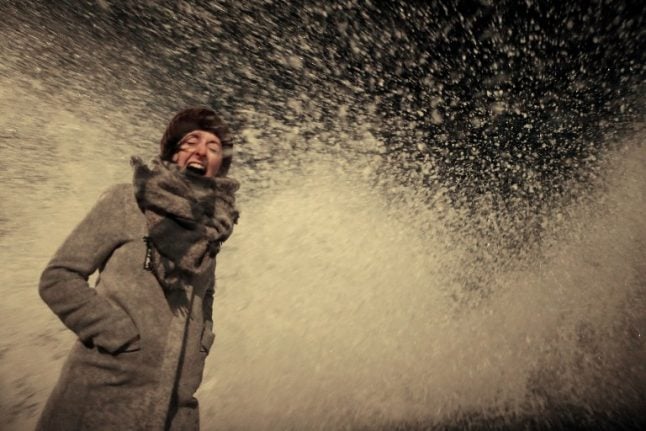 The strong winds in northern France left some 237,000 homes without power on Friday morning.

Worst affected were Normandy with 70,000 powerless homes and Picardy with 65,000.

Emergency services were called out 4,452 times throughout the night and 1,107 people were evacuated from their homes, the Interior Ministry said.
The ministry said that no lives were lost, although 46 people were injured.
Winds of up to 146km/hr were recorded in northern France, prompting loose objects to go flying and trees to be uprooted. Five departments had been issued red alerts from the national weather agency, the highest warning on its scale. Rail traffic was delayed after a tree fell on the line between Amiens are Arras in the north.
Around 200 passengers were forced to spend the night on a train, with no electricity and no bar for food or drinks (pictured below).
One passenger told Europe 1 that the experience was the worst night of his life. Traffic was delayed due to branches on the roads and some 5,888 emergency workers from the fire department were on hand for the various call outs.
Flights from Paris Beauvais-Tille airport were redirected to Lille, while local forces arranged accommodation for the night for some 600 passengers already at the airport.

National weather agency Meteo France has since downgraded the weather alerts in the north of France. Upper Corsica, however, has since been issued with an orange alert for violent winds.