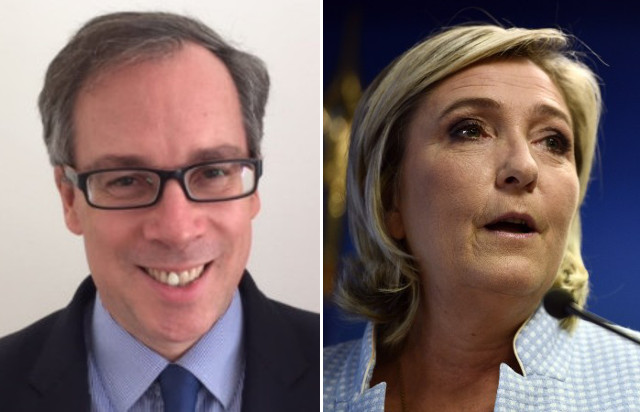 Photos: gov.uk and AFP
On Tuesday, Ed Llewellyn told the foreign affairs committee in the UK parliament that “with respect to the National Front, we have a policy of not engaging, there is a longstanding policy.”
“That is the policy, which has been the policy for many years,” he added.
This came as a surprise to committee chair Crispin Blunt, who noted that it was clear Le Pen was polling in second place and so would make the run-off in the second round of the elections in May.
Llewellyn said any change in policy towards the National Front would be a “matter for ministers”.
However Llewellyn told the committee that the UK embassy in Paris would continue to forge links with other key figures in the French presidential election.
“We know who the candidate is on the centre-right, the candidate is Monsieur (François) Fillon, obviously we have contacts with him and his team,” he said.
“On the left we don’t know who the candidate is going to be. We will know the answer on January 29th after the second round of primaries. My team is in touch with people across the picture on the left.”
Le Pen is expected to reach the final round of the French two-stage election, polls predict she will be beaten either by independent candidate Emmanuel Macron or Francois Fillon of les Republicains.
However after Brexit and the election of Donald Trump, experts in France as well as political leaders are contemplating the idea that Marine Le Pen could be the next president of France.