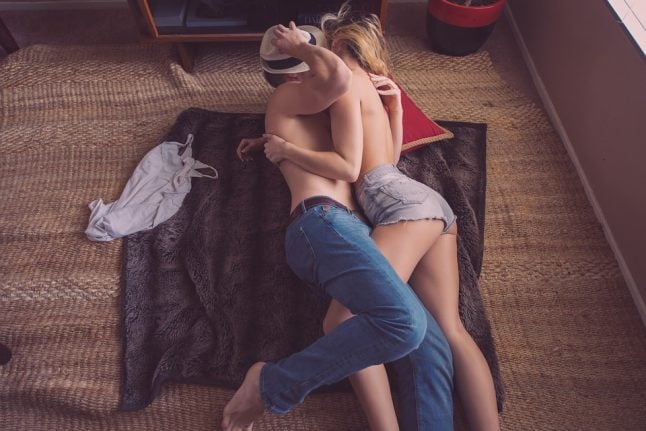 Photo: Pixabay
The French are no strangers to playing way from la maison, according to a study carried out by respected pollsters Ifop on behalf of extra-marital meeting site Daylov.com.
In fact, there has been a huge jump in recent decades in the number of women who admit to cheating on their partners.
Here's a look at the latest stats about French women and infidelity, according to the survey.
1. They're cheating more than ever
One in three French women (exactly 33 percent) say they have cheated on their partner, that's to say have had secret sexual relations with someone besides the person they're in a relationship with. This compares to 49 percent for French men.
The number has increased hugely since 1970, when just 10 percent of French women admitted to being unfaithful, and 24 percent in 2001.
2. They're cheating online
Some 27 percent said they have “virtually” cheated on their partner, meaning they admitted to sending private videos or texts via text message or online.
The figure leaped to 46 percent for French women under the age of 35, as they are much more likely to be using technology. Photo: Pro Juventute/Flickr
3. They're prone to daydreaming about lovers
One in two French women (51 percent) say they have had “fantasies” about someone besides their partner.
4. They're looking for a handsome man
When it comes to cheating – or considering the act – 62 percent of women said that a man's physical attractiveness plays “a determining role”. 55 percent said “having feelings” for the new person was a factor, 48 percent said they were (or would be) searching for that “magic spark” from a new relationship, while 9 percent said drugs or alcohol were a factor.
5. They love a bit of sex in the city
No, not the TV show. Women are more likely to be tempted to cheat if they live in big cities. Some 30 percent of city dwellers admitted to being tempted, compared to 25 percent in rural areas. Photo: Alexander Baxevanis/Flickr
6. Once they've started, there's no stopping them
Those who have already tasted the forbidden fruit of cheating are more likely to do it again. 43 percent who've done it once admitted that they could see themselves doing it again, while 59 percent of repeat “offenders” said the same.
7. They're doing it right now!
Four percent of women said they were cheating on their current partner. Four times as many women – 16 percent – said they had cheated on their current partner “at least once”. Photo: Pixabay
8. And they're ready to do it again… on one condition
And lastly, some 23 percent of women said they would cheat on their current partner if they were certain that they would never be caught. Femme fatales indeed.
So why are French women choosing to cheat? Well, according to one recent survey, the men only have themselves to blame.
The survey of over 10,000 female members of an extra-marital dating website revealed that 73 percent of them were pushed towards infidelity because their partner was a slacker when it came to house work. (see link below)
READ ALSO: French dating site reveals secret of why women cheat