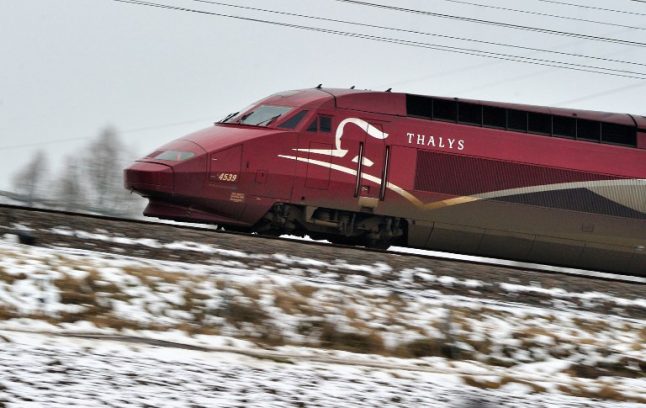 A Thalys spokeswoman said there were no reports of anyone being hurt in the incident, which happened close to the French border, and the cause was unknown for the moment.

“The personnel on board and fire services took appropriate action and the situation is now completely under control,” the spokeswoman said.

As a precaution, all trains had been halted, she said, while passengers were expected to be able to continue their trip in due course.

The Brussels-Paris route is one of the busiest Thalys TGV services.