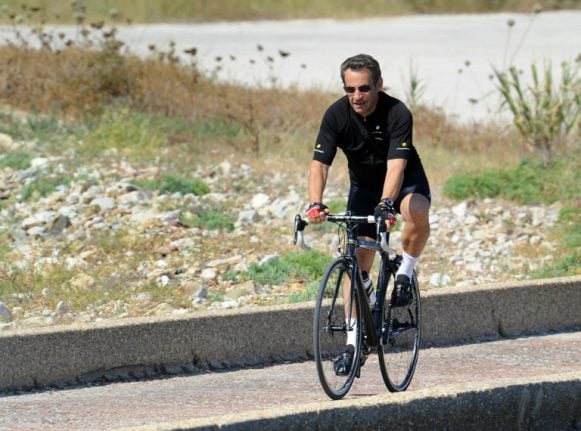 Some say the divide between left and right is getting all the more blurred in French politics, but especially so for Nicolas Sarkozy, apparently.

Yes, police stopped the former president as he was cycling down the left hand side of the road on the streets of Saint Tropez in the south west of France.

In France, like much of the rest of the world, cyclists and motorists should be on the right hand side.

“I don't know how he got there,” the policeman who pulled him over told the Nice Matin newspaper.

“I asked him politely if he would get off the bike and continue on foot. He said 'No problems' and continued on his way.”

The police officer added that he gave no special treatment to the former president, saying that anyone doing the same thing would have escaped with a warning.

Sarkozy's comeback in the race for France's presidency came to a halt in November after he lost the first round of the right wing primary to Francois Fillon.