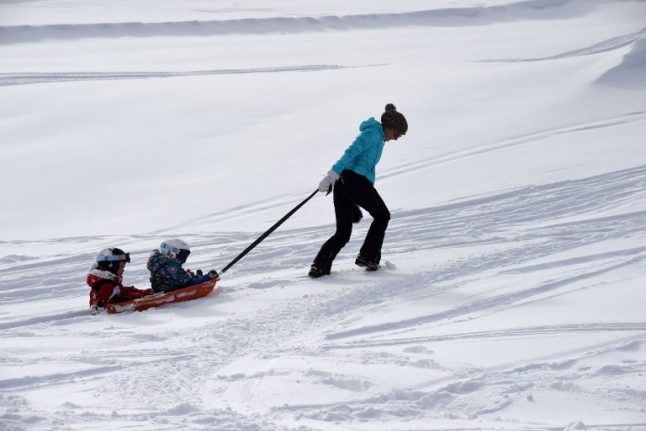 Photo: AFP
A cold front from Scandinavia is expected to send the mercury plummeting in France this week, reported national agency Météo France.
Things will start to get chilly on Thursday, the agency said, with temperatures in the east dropping to around -10C.
As the map below shows, Friday morning is expected to hit -15C (or 5F). Meteorologists said that large swathes of eastern France would stay at sub-zero temperatures for the entire day on Friday.
By the weekend, temperatures will still be sub-zero across much of France, but not nearly as cold as Friday.
Before you complain about the Arctic-like temperatures, don't forget that France has seen much, much colder spells.

Météo France noted that in January 1963, temperatures reached -23C in Lyon and -18C in Montpellier. In January 1985, the city of Nice on the Mediterranean was hit by 38cm of now and temperatures of -5C.

Here's what you can expect in your corner of France over the next few days.
Friday afternoon will see clear skies and low temperatures. By Friday night, temperatures will plunge into sub-zero for the vast majority of France. Saturday afternoon will be warmer, but you will still need to dress warmly (and perhaps bring an umbrella). Sunday afternoon will finally see temperatures back above zero, but not by much.