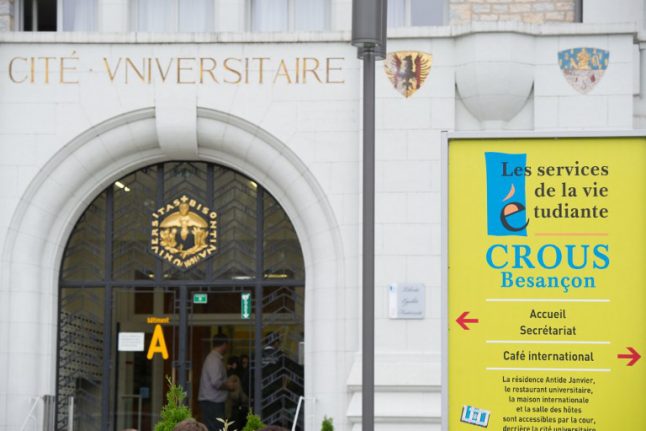 The Besancon University, where the Japanese student was studying. Photo: AFP
The Chilean, a young teaching assistant, was believed to have fled to Chile after his former girlfriend, Narumi Kurosaki, disappeared last month in Besancon, a city in eastern France, where she was a student.
Although no body has been found, French authorities have opened a murder investigation and issued an international warrant for the arrest of the unidentified Chilean suspect.
Chile's attorney general's office said Wednesday it has received a request from French authorities for help in their investigation.
Antonio Segovia, head of international cooperation in that office, said the request involved “the identification and most recent movements of some suspects” sought by French prosecutors.
“We cannot say much in greater depth so as not to hamper the proceedings,” he said.
Kurosaki was studying French at the University of Besancon at the time of her disappearance.
She was last seen alive on the night of December 4 at her student residence where several fellow students reported hearing a shrill cry.
“From that moment, no trace of Narumi has been detected,” said Edwige Roux-Morizot, the prosecutor leading the investigation in Besancon.
She has ruled out suicide, describing Kurosaki as a “young girl full of life” who was happy in a new relationship.
“There is sufficient evidence to launch a murder investigation,” she told a press conference