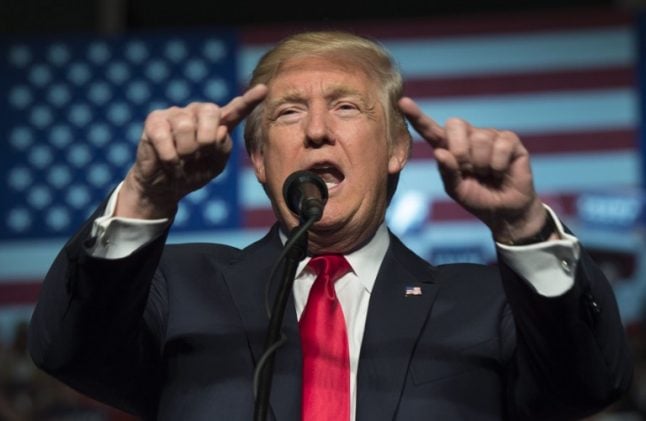 Le Parisien daily said it would stop commissioning polling group Ipsos and would base its stories in the run-up to this year's presidential election on reporting by its own journalists.

“We have decided, and it was the subject of a lot of debate, to return to the heart of our profession which is working on the ground,” the paper's editorial director Stephane Albouy told France Inter radio.

He did not however rule out referring in stories to polls carried out by other media.

Most media routinely rely on polls — surveys of hundreds, sometimes thousands of voters by phone or online — to flag up political trends and the top candidates.

But their credibility has suffered after a year in which pollsters failed to forecast Britain's exit from the European Union, Donald Trump's triumph in the United States or the victory of Francois Fillon in a French rightwing primary.

Albouy said newspapers needed to listen to critics who see journalists as being “cut off from reality” while denying that Le Parisien had made errors in being over-reliant on polls in the past.

“I'm not attacking polls… the difficulty is how we the media use them,” he said, adding that his newspaper's new approach “will make us closer to our readers.”

Polling groups say turbulence in Western democracies, which have been buffeted by mass migration and economic woes, has made their job more difficult. Late swings in sentiment can also wrongfoot analysts.

French voters will cast ballots in April and in May in a two-round presidential election, followed by parliamentary elections in June.

Polls currently tip the rightwing Republicans candidate Fillon to become president, but he faces fierce competition from the far-right National Front as well as a range of independents and an as-yet-unknown Socialist party challenger.

Manuel Valls, prime minister under unpopular President Francois Hollande until December, unveiled his programme on Tuesday in his bid to clinch the nomination for the Socialist party which will hold its own primary later this month.