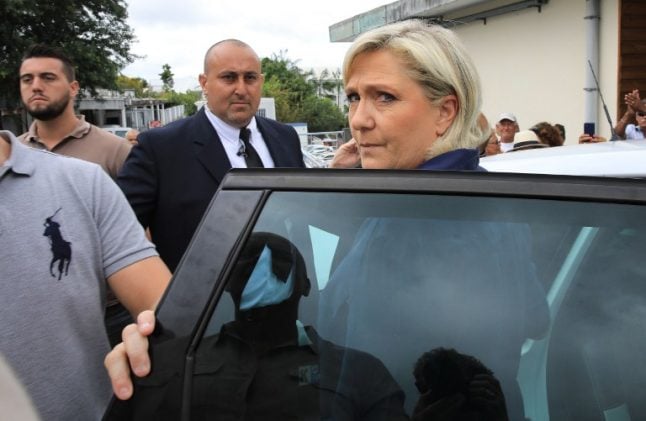 Marine Le Pen - the inspiration for a character in the new film? Photo: AFP

“Chez nous” (“Our Home”), which lands in French cinemas in February ahead of the first round of presidential polls in April, tells the tale of a nurse in northern France who is approached to be a candidate for the “Patriotic Bloc” party.

The branding and message of the hardline group and its blond female boss leave little doubt that Belgian director Lucas Belvaux modelled it on the National Front (FN), which has surged in opinion polls.

Le Pen's close confidant and vice-president of the party Florian Philippot called it “scandalous” that a “clearly anti-National Front” film was being released during campaigning.

“Having seen the trailer… it looks like a real turkey,” he said on Sunday in an interview with French media.

Other National Front leaders, including Gilles Pennelle from the western Brittany region, have hit out at the film and its “disrespect for the French people and its freedom of expression”.

Belvaux responded on Monday, saying that he had been surprised by the strength of the reaction to the drama which sees veteran actress Catherine Jacob play the Le Pen character.

“Philippot has only seen the trailer so it's a cheap controversy which avoids the debate about the message of the film,” he told the BFMTV channel.

“It's not so much an anti-FN film as a film about the populist message and how people relate to politics. It's voters that interest me, not political parties,” he added.

Polls currently show Le Pen qualifying for the second-round of the presidential election in May where she is forecast to face — and lose to — rightwing Republicans party candidate Francois Fillon.

Few analysts see her taking power, but her chances are being taken seriously after an unpredictable 12 months in politics, including Britain's June vote to leave the EU and the election of Donald Trump as the next US president in November.

France's sickly economy and immigration are top issues for voters.

The fiercely nationalist FN wants to pull France out of the euro and the European Union and sees itself as part of a global revolt against immigration, established political parties and globalisation.