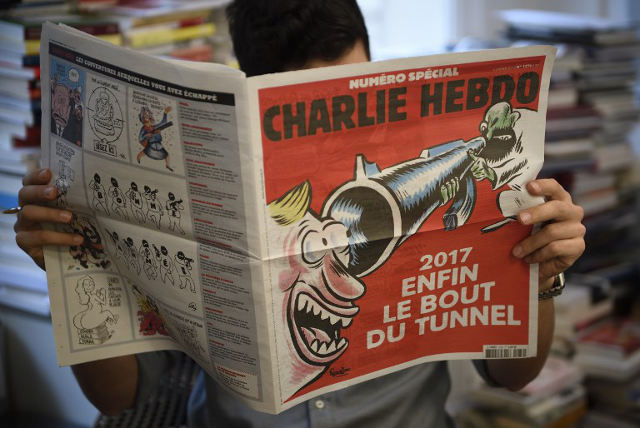 A special issue of the French satirical magazine which appears on Wednesday has a laughing man peering down the barrel of jihadist's AK47 rifle with the caption: “2017, at last, the light at the end of the tunnel.”

Twelve people died including several of France's most popular cartoonists in the attack on Charlie Hebdo's Paris office on January 7th, 2015.

The anniversary issue cover was drawn by Foolz, one of a new generation of cartoonists who have stepped into the shoes of slain legends such as Cabu, Charb and Wolinski.

The magazine marking the first anniversary of the attack had a bearded God carrying a Kalashnikov rifle with the caption, “One year on, the killer is still at large.” The issue sold more than one million copies.

Brothers Said and Cherif Kouachi, who carried out the attack in the name of Al-Qaeda's branch in Yemen, were themselves killed in a shootout with police after a siege northeast of Paris.