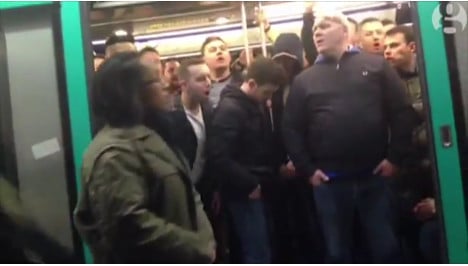 The men were seen in video footage that showed a black man being pushed back twice as he tried to board a Metro train full of fans of the English Premier League giants in February 2015 as they travelled to a game against Paris Saint Germain.

In the background, Chelsea fans can be heard chanting: “We are racist, we are racist and that's the way we like it.”

After a one-day trial, the court gave suspended one-year sentences to Richard Barklie, a 52-year-old former Northern Ireland policeman, and William Simpson, 27, neither of whom attended the trial in the French capital.

Joshua Parsons, 22, a former pupil of the elite Millfield school in England, now working in the building trade, and James Fairbairn, 25, a civil engineer, were given suspended prison terms of eight and six months respectively. Both men were in court.

The court ordered the men collectively to pay 10,000 euros to the victim, Souleymane Sylla, a commuter who was not attending the match.

After giving evidence, Parsons apologised to Sylla, a 35-year-old Frenchman of Mauritanian origin, but denied his actions had been racist.

Turning to the father of four at the Palais de Justice, Parsons said: “I am very sorry to Mr Sylla, but I was not racist in any way.”

The incident was recorded by a passenger and widely used in the British and French media.

Under French law, the men could have been jailed for up to seven years and fined 100,000 euros.

Barklie, Simpson and Parsons have already been banned from football stadiums in England over their role in the incident.

Barklie, the oldest of the accused, is seen pushing Sylla at least once in the video. The men were charged after they were identified in the video.

Parsons, wearing a three-piece grey suit, told the court he had been drinking in a Paris bar for five hours before the incident.

He admitted the atmosphere in the train had been “hot and hostile” but said the supporters had blocked entry to Sylla because the carriage was full, not because of his skin colour.

He claimed he had not even noticed that Sylla was black until he saw the video footage in the media after the incident.

Parsons also claimed that the chanting was in another carriage and the supporters doing it “could not even see Mr Sylla”.

He said he had had to quit his job and move from his home in Surrey, southeast England, to Cornwall hundreds of miles away to escape the media attention following the incident.

Fairbairn denied the prosecution's claim that during the incident he had made a gesture contrasting the colour of his skin with Sylla's.

“All I can say is that I did not do that,” he told the court, adding that he found the racist chanting “disgusting”.

Defence lawyer Caroline Toby said Fairbairn had been convicted because “he was in the wrong place at the wrong time”.

Sylla told the court he had believed he was going to die in the incident and had been left traumatised afterwards, which had affected his work and his marriage.

“He has not been able to lead a normal life for 18 months,” Jim Michel-Gabriel told the court.

Dismissing claims his client was motivated by winning compensation, the lawyer added: “He wanted to appear before you today to regain his dignity.”

After the verdict, Sylla told the court: “Justice has been done.” 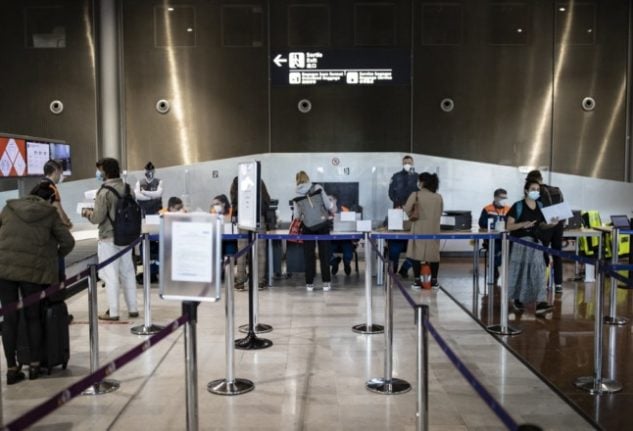