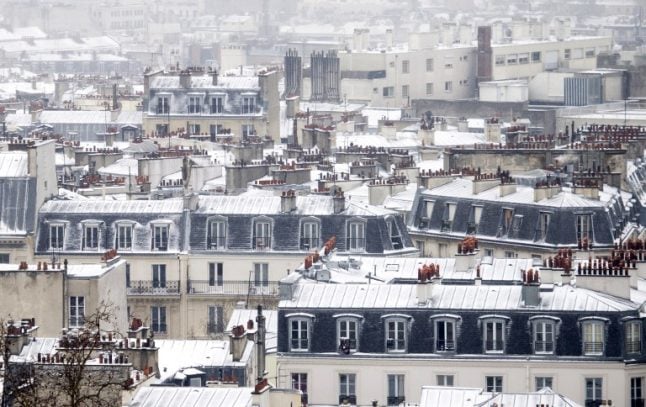 A file image of snow in Paris. Photo: AFP

France's weather agency Météo France has placed Paris and its surrounding departments on orange alert, the second highest warning level that asks the public to be “very vigilant”.

This includes the four departments of Paris, plus Seine-et-Marne, Yvelines, Essonne, and Val-d'Oise.

It warned that the ground would be frosty and slippery for most of Monday following Sunday night's low temperature.

A mixture of rain, sleet, and snow is expected to fall over the capital throughout the day, potentially causing traffic delays due to icy roads, the agency added.

It said the chances of snow and “black ice” were “significant”, adding that Parisians could expect potential problems with electricity and telephone networks.

“If you absolutely must travel, do so with vigilance and prudence,” the agency added, suggesting commuters take public transport instead.