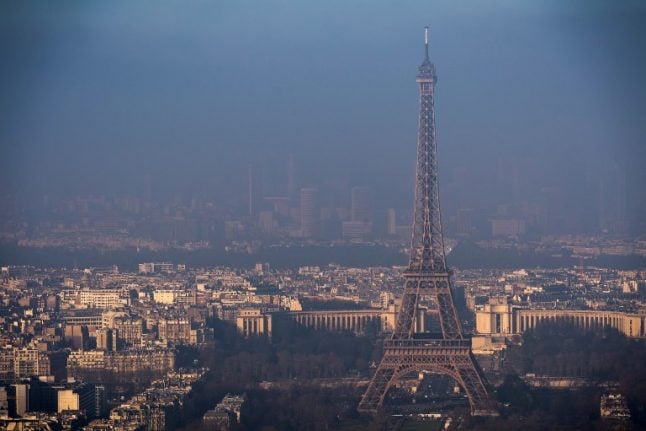 High pollution levels made a comeback in France this week and are expected to hang around until Sunday.

Friday is forecast to be particularly bad, but the prefecture of police has decided not to roll out traffic restrictions like earlier this month, likely because so many Parisians are on holiday, leaving the roads emptier than usual.

Airparif, which monitors pollution in the capital, said that the PM10 readings would be “elevated” on Friday, but added that the peak wouldn't be as lengthy or as intense as spike a fortnight ago.

The current surge in pollution began on Thursday after a cold night, dry weather and near windless conditions that have trapped exhaust fumes, smoke from wood fires and other industrial pollutants.

The Mayor of Paris Anne Hidalgo urged motorists to leave their cars at home and to take public transport.

The city of Paris put out a statement encouraging people to car-share, noting that Velib bicycles would be free, as would the first hour for AutoLib car hire.

The department of health warned the sick and the elderly to avoid carrying out any strenuous activities outdoors.

Paris has suffered worrying air quality throughout much of December, seeing public transport made free and traffic restrictions on several days.

Neither of these measures were taken on Thursday or Friday.

Airparif noted in a statement that the pollution level would be “elevated” throughout the day.

This month's surge in Paris pollution has been the most serious in Paris in at least a decade, the group said.

It is estimated that fine-particle pollution causes 48,000 premature deaths a year in France.