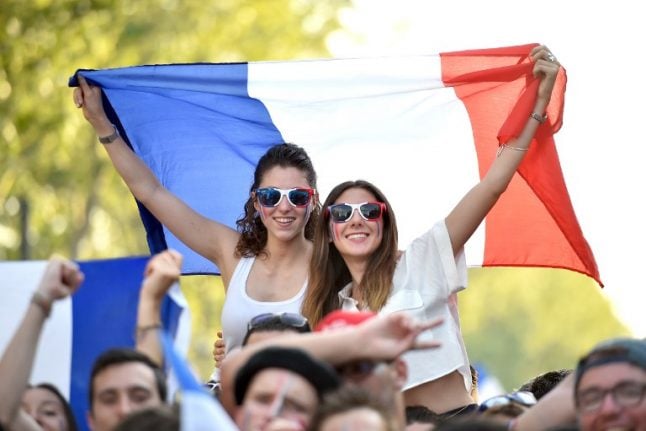 Photo: AFP
2016 is the year that everyone wants to end. Whether it was barbaric acts of terrorism, the political earthquakes of Trump and Brexit, the mess in the Middle East or the long list of celebrity deaths, many around the world were left asking if 2016 was the worst year ever.
But let's be positive. 2016 wasn't as bad for France as you might think.
There were some crushing lows, notably the Bastille Day attack, the jihadist murder of a priest and the needless burqini row that damaged France's reputation around the world. France's image took some serious blows in the summer as workers went on seemingly never-ending strikes, one of which ended in a long-lasting fuel crisis.
But it hasn't been a nightmare year. Here's why.
Euro 2016 football went off without a hitch (and France almost won)

Security was at an all-time high when France hosted the Euro 2016 football tournament this summer, and despite some people's worst fears, it went quite well.

There were some troubles with rioting fans, but the tournament was spared the terror attack many had feared.
The French team went down in the final to Portugal, but brought some joy and unity to a country in desperate need. They also restored the public's faith in les bleus after the scandal of the strike at the 2010 World Cup. Photo: AFP
Political renewal finally comes to France
At one point the 2017 presidential election was looking like a battle between Marine Le Pen, Nicolas Sarkozy and the incumbent President Francois Hollande. So pretty much the same as 2012. Additionally, there was a time when the 71-year-old former prime minister Alain Juppe, who has been around the block for decades and has been mired in scandal, looked like he would win.
Hardly inspiring, but not surprising for a country that doesn't do political renewal very well. But then in the space of a week Hollande, Juppe and Sarkozy were all knocked out of the race for varying reasons leaving a fresh looking field, including former whizzkid banker Emmanuel Macron to take on the now veteran and very much part of the establishment Marine Le Pen.

Polling favourite for residential, Francois Fillon. Photo: AFP
Paris inched closer to hosting the Olympics
The French capital showed admirable courage in bidding for the 2024 Games despite all the fears around terrorism and its crushing loss to London for the right to host the 2012 Games.
Paris is looking all-the-more likely to host the 2024 Games after more cities dropped out of the race throughout the year.
Now it's just between Budapest, Paris, and Los Angeles, and the winner will be announced in September 2017.
Even if Paris doesn't get the nod, authorities are doing all they can to make the city a more attractive hosting option – and that's a win-win for the rest of us.
This means Paris Mayor Anne Hidalgo is working to clean up the canals and the rivers and to make huge improvements to public transport.
A new train line between Charles de Gaulle airport and Gare du Nord got final approval this very month. Photo: AFP
Calais “Jungle” closed down
In 2016 the French government finally showed some responsibility by closing down the sprawling migrant camp in Calais.
While many criticised the policy of moving the thousands of migrants around France, the government stuck to its guns at a time when immigration will be a key issue in next year's election.
Paris also saw the opening of a new migrant shelter in the city's north (with more to come) and the closing of the make-shift camps that had cropped up across the capital. Photo: AFP
Unemployment has been (finally) on the way down
France's stubbornly high unemployment rate has dropped for the last three months in a row after seeming like it never would.
It hasn't seen such a sustained drop for nine years.
Figures published on Monday by the Pôle Emploi, France's state-run employment agency, showed that the number of people not working or studying in November was 3,447,000, down by 31,800 since October, and by 133,500 since the start of 2016. Photo: AFP
France is not at civil war
We can't not mention terrorism given what happened in Nice on July 14th and then the murder of a priest a few days later. But the positive thing is that despite many warning that France was on the brink of civil war, including from the country's top intelligence official, France has so far resisted turning on itself.
Community and religious tensions are high but moderates including the president have done well to preach unity and avoid the trap of seeking retaliation, which is what the terrorists desperately hope happens.
Paris has led the way in fighting pollution
Hats off to Paris, and especially the city's mayor Anne Hidalgo, for tackling recurring pollution problems head on. December alone has seen some shockingly smoggy days across the capital, and Paris often responded by enforcing traffic restrictions and by making public transport free (even though it meant huge losses in revenue).
The city is also bringing in bans on certain diesel vehicles and launching a new sticker programme to help identify the most polluting vehicles on the streets.
And to cap it off, the Right Bank is currently car free, with plans underway to turn it into a full-time pedestrianized zone just like on the Left Bank. Photo: Charlotte Mason/The Local
France spies opportunities after Brexit vote
Seems like the Brexit vote has brought some potentially good news for the French.
Indeed, France has launched a campaign to woo Brexit-wary firms over the Channel, launching a “one-stop shop” to help smooth the crossing and to spread the message that France is a business-friendly country.
Several large international banks have been looking into the possibility of switching their headquarters to Paris following the shock Brexit vote, according to a senior official at France's markets regulator. Photo: AFP
France shone in the tourism rankings
In terms of travel surveys, France has had an impressive year. Lonely Planet said that Bordeaux was the best city in the whole world to visit.
“They used to call her the 'Sleeping Beauty', but – though she's hit the snooze button a few times – Bordeaux is now wide awake and ready for action,” the travel guide trumpeted.
Meanwhile, Lyon was ranked as the best city in Europe to spend a weekend away, while western Rennes came out as the surprise winner in The Local's own study of the best expat cities in the country.
French people are improving at English
And finally, a bit of a light-hearted one here, but nevertheless reason to be positive.
Sure, they still finished last in the EU in a November ranking of English proficiency, but for the first time in years the French are most certainly improving.
In fact, they jumped out of the “low proficiency” bracket last year to “moderate proficiency” in 2016 and even showed the largest improvement levels in English throughout Europe.
“This doesn't mean French people's level of English is going to skyrocket into the high proficiency level, but it's encouraging,” one of the people behind the study told The Local at the time. 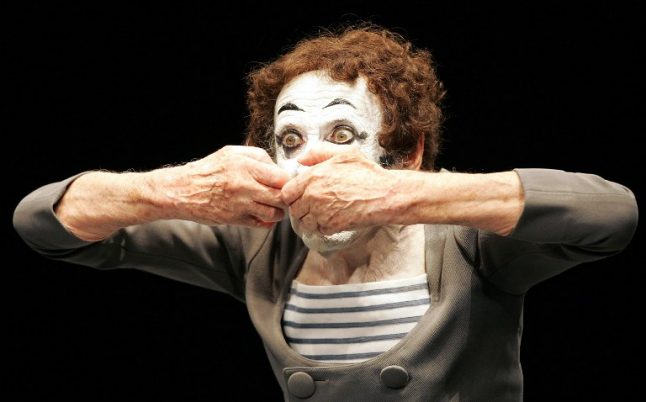 YEAR IN REVIEW
Only in France: The most French stories of 2016
Url copied to clipboard!