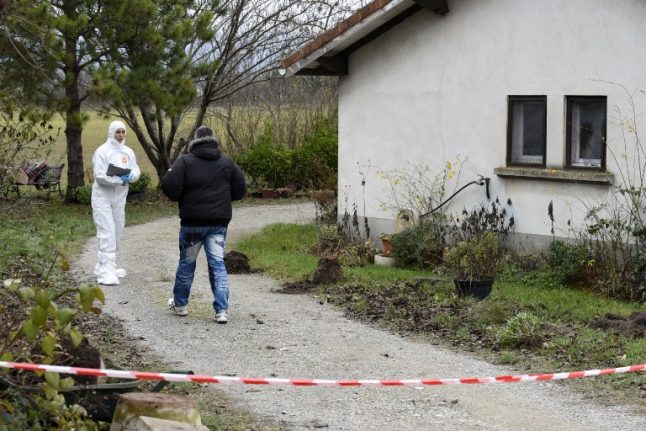 The attacks were carried out on Sunday night, and the suspect was arrested on Monday morning out the front of the Gare d'Avignon.

He has since been taken to a psychiatric ward.

The violent spree began on a Marseille-bound TGV train, when he got into scuffles with other passengers and slapped a member of the train's staff in the face, reported L'Express newspaper.

A plain-clothed police officer on board restrained the man, then took him to a police station, where he was transported to a nearby psychiatric ward.

He is understood to have escaped the ward at around 1am, in the very early hours of Monday morning.

He then made his way into the small village of Chabeuil, in the Drôme, where he killed an 80-year-old woman who lived alone. He then killed an elderly couple in the nearby village of Montvendre, before stealing their car.

All three people were killed with a knife, according to reports.

The man is then understood to have driven the stolen vehicle to the town of Orange, where he attacked two more people with a knife and a rock outside a shop.

The two victims of this last attack survived.

The man then had a car accident and was transported – without incident – by another motorist to the city of Avignon, where he was apprehended.

The man has a long criminal record, mostly for drug dealing, violence, and theft, and has spent several months in prison. His psychiatric problems were well known to authorities.