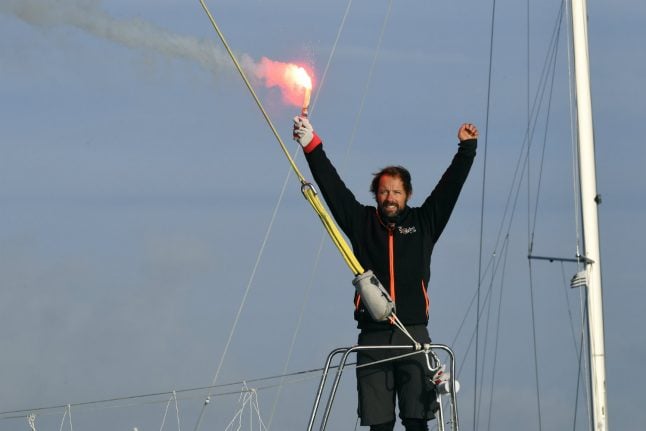 French skipper Thomas Coville arrives in the port of Brest after beating the record in solo non-stop round the world sailing. Photo: Damien Meyer/AFP
The record was once famously owned by British sailor Ellen MacArthur, but the 48-year-old Frenchman's jaw dropping new mark is just 49 days, 3 hours, 7mins and 38secs.
In that time the Colville will rarely have slept for more than 30 minutes at a time and will have been on constant alert to dangers and changing conditions.
Having set off from Brest on the Brittany coast November 6 Coville needed to make it back by January 3 to establish a new record.
Coville crossed the open seas finish line off the French Atlantic coast at 16:57GMT, December 25, and was due to head back to Brest.
The previous record of 57 days 13hrs 34mins and 6sec was established by another Frenchman Francis Joyon in 2008 and who was swift to congratulate the new record holder.
“Thomas has set a superb record after a perfectly executed circumnavigation. Well done to him for his performance and perseverance,” Joyon said in a press release.
“He's set a really high standard.”
“There's only three of us to have done it without stopping and on a solo trimaran, me, him and Ellen,” Joyon said.
It was Coville's fifth attempt after two curtailed attempts and two slower than the old record.
Even Joyon's record back in 2008 was a huge shock as it broke MacArthur's noteworthy, flare blazing mark of 71d, 14hrs and 18min on her 23m trimaran in February 2005.
MacArthur's Australian constructed trimaran had been specifically designed to accomodate her diminutive 5-foot 2 inch (1.57 m) height. 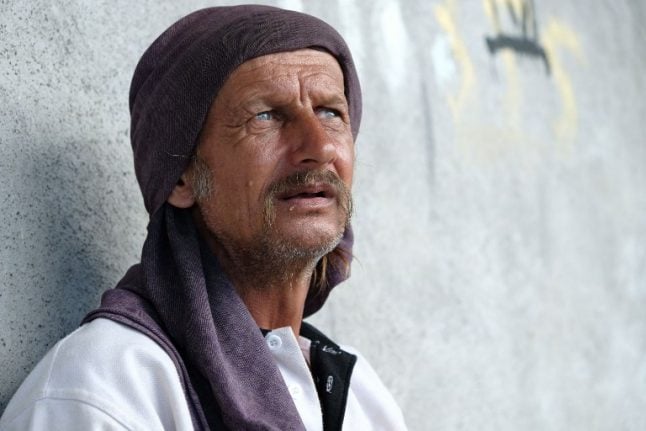 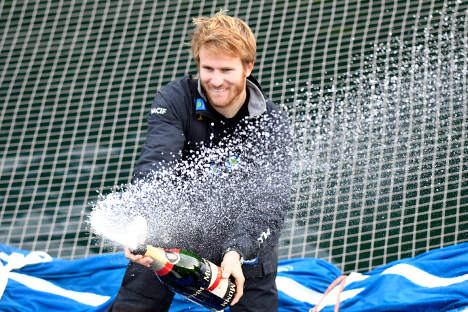