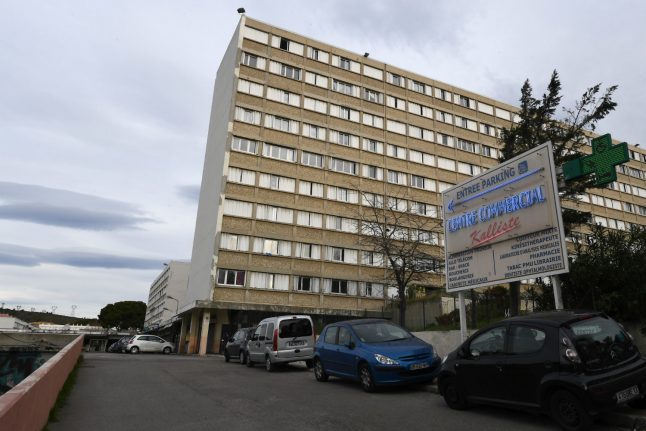 The Parc Kalliste neighbourhood of Marseille, where the man was shot. Photo: Boris Horvat/AFP
Three attackers stormed the cafe in the southern city of Marseille late Saturday and opened fire using a Kalashnikov-style rifle, the prosecutor's office said.
The attackers then fled the scene before police arrived, Marseille prosecutor Xavier Tarabeux said, adding that there were fears that another person may have been kidnapped.
The cafe's 22-year-old manager was briefly detained for questioning but released Sunday.
The victim of the attack was not previously known to police, and it is feared that one of the people sat with him in the cafe mau have been taken hostage.
While investigators could not immediately confirm the attack's motive, it appeared that the victim had been intentionally targeted as his body was found riddled with 15 bullets, a source close to the investigation said.
The latest killing brought the number of people shot dead in the Bouches-du-Rhone region this year to 33. Most were killed in Marseille, a port city known for its high crime rate.
Most of them have been gangland killings.