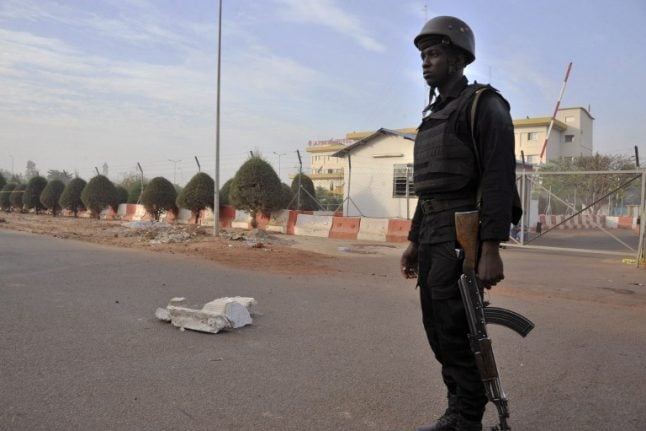 Sophie Petronin was abducted in the city of Gao on Saturday, the ministry said, adding that French and Malian authorities were working together “to find and free our compatriot as quickly as possible”.

“We are continuing the search for Sophie. We have men deployed on the ground to find her. But up until now, there has been no result,” a Malian security source told AFP Sunday.

A French military source meanwhile told AFP: “French soldiers of the Barkhane force (in Mali) are actively taking part in the search alongside the Malians.”

Thousands of French soldiers have been deployed across the Sahel region just south of the Sahara since Operation Barkhane was launched in 2014. The troops have a base in Gao.

The Barkhane forces' mission is to target jihadist groups that are active in the area including Al-Qaeda in the Islamic Maghreb (AQIM).

Despite sustained efforts, it has proven extremely difficult to bring the vast desert terrain of northern Mali under control with jihadists, rebels and criminals still on the loose.

Petronin is the director of a non-governmental organisation called “Aide a Gao” (Help Gao) that assists children suffering from malnutrition, the ministry said, adding that officials were in contact with her family.

Petronin, who is in her sixties, had been working in Gao for a long time as head of the NGO she founded.

According to French media, she is a doctor specialising in nutrition and tropical diseases who had escaped a kidnapping by Islamists in Gao in 2012.

In Paris, prosecutors opened an investigation into Petronin's kidnapping, a judicial source said.

Petronin is the latest French aid worker to fall prey to kidnappers in the Sahel.

From 2010 to 2013, 13 French citizens were kidnapped or killed in the region, mostly by groups linked to AQIM.

While those behind the kidnappings have often claimed to be holding their victims for political reasons, they have later — behind the scenes — demanded ransom in exchange for their release.

Northern Mali fell to jihadist groups linked to Al-Qaeda from March 2012. These forces were driven out of key towns by a French-led military intervention the following year.

But barely a week goes by without attacks on security forces despite a peace pact signed last year following lengthy negotiations between the government, groups backing it and ethnic Tuareg rebels.