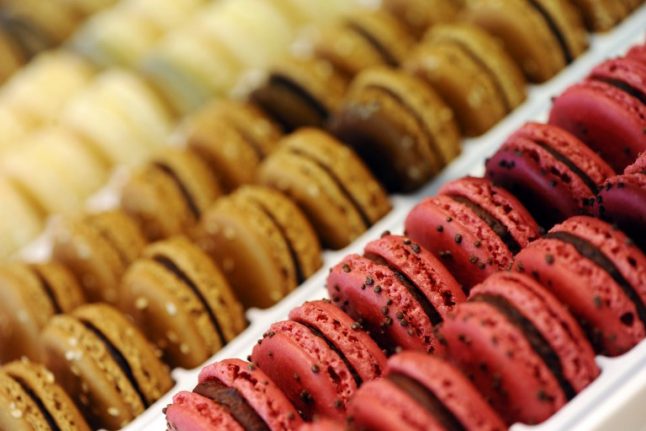 Whether you're one of those done-and-wrapped-by-mid-November shoppers or one of those December 23rd procrastinators desperately looking for presents at the grocery store, there’s an abundance of options to bring a bit of your French life to friends and family back home.

Here are our top tips.

Wandering the Marchés de Noel with mulled wine in one hand and a Nutella-smothered crepe in the other is one of the great joys of living in France at Christmas time. The markets can also be a great place to find Christmas gifts. Skip the crowds of tourists at the commercialized Champs Elysées Christmas market and instead look for smaller, local markets which are more likely to sell authentic, French-made products.

Each French region has its own unique gastronomical specialties. Christmas markets often feature the local products, such as foie gras in the southwest, honey in Corsica, Calvados apple brandy in Normandy, and nougat in the Rhone-Alpes. You can also find artisanal goods such as leather bags and the famous knives from Thiers in Auvergne.

This website is a practical guide to Christmas markets in France. You can also search Facebook for “Marchés de Noel” or “Marchés Artisanal” events in your area. Rather than trawling around Paris looking for a piece of France, it's often easier to get online. A new French start up website called Bring France Home, does exactly what the name says and allows visitors to Paris and of course those living here to find some real, authentic and original “Made in France” products to take home.

The site is the brainchild of Mathilde Bohrmann (photo left) and Nathalie Crouzet (photo right) who came up with the idea after struggling to easily find original and quality French gifts to take to friends when they went abroad.

“We were fed up seeing so-called French products made in the Far East and sold on the Rue du Rivoli,” Bohrmann told The Local.

So they did their own research and got in touch with French suppliers from around the country and brought them together under one website.

There are berets made by the only beret maker left in France, beer brewed in Paris, fishing net shopping bags from Normandy, wooden Eiffel Towers as well as mustards, foie gras, honeys and all the delicacies you imagine when you think of Gallic grub.

“We have selected products that you can easily take home in your suitcase and we deliver in a nice package with a hand-written message because we are not robots,” says Crouzet

The bonus of Bring France home is that they deliver to your hotel in the French capital and everything is geared to get into your suitcase. Saveur du Jour is a similar option that ships to the UK, the US, Australia, Mexico, and other countries.

French pharmacies are famous for their effective and affordable beauty and hygiene products. Bioderma micellar cleansing water, Klorane dry shampoo, and La Roche Posay skin creams are some popular French products that are expensive or difficult to find in other countries. They're also easy to stick in a free corner of your suitcase.

For bulk options and cheaper prices, it's worth checking out the super-pharmacy Citypharma, located in Saint-Germain-des-Prés, on the south bank of the River Seine in Paris. For high-end clothing, accessories, shoes, and perfumes, the famous department stores Galeries Lafayette and Printemps in Paris should be your go-tos. They're also well-known for the stunning holiday window displays and decorations.

Also in Paris, the BHV department store next to Hotel de Ville in the Marais features items of the same genre, including gifts for children, art supplies, books, stationary, and candles. If dropping €60 on a candle doesn't scare you, the Feu de Bois (wood fire) bougie from the luxury Parisian brand, Diptique, is a classic.

The historic Rue Saint Honore in the first arrondissement is another prime shopping district for luxury French boutiques such as Chanel, Hermes, Chloe, Colette, and Longchamp.

If you've ever had a cup of the luxuriously smooth hot chocolate at the Angelina cafe in Paris, you'll be happy to know that you can share the joy back home by buying it bottled from their épicerie or online store. If drinkable chocolate isn't what you're looking for, La Maison du Chocolat, one of France's most famous chocolate houses sells a variety of gift boxes that can be delivered in Europe (except the UK) and Canada.

A stereotypical French sweet treat, the best macarons are said to be from either La Durée or Pierre Hermé, both of which have several locations in Paris as well as online shops.  Take care when taking macarons home as they're fragile and should be eaten within 3-5 days. At this tea house found in Galeries Lafayette, the Marais, and several other places around Paris (as well as online), you can choose from more than 500 varieties of tea, as well as tea paraphernalia such as filters and canisters.

If Galeries Lafayette is out of your budget or if you just need to pick up a few last-minute gifts, your neighbourhood Carrefour or Monoprix can be a surprisingly helpful resource for Christmas shopping.

Everyone knows the French love their Nutella, but the lesser-known Speculoos spread has a delightful gingerbread cookie taste and can be found in any French grocery store. Other potential supermarket gifts include jars of foie gras, terrine, mustard, jam, or typical French biscuits.

Make sure to check customs regulations in your home country before trying to pack edibles in your suitcase. The US, for example, forbids entry of certain soft cheeses and meats.

Another version of this story was published in 2015

Another version of this article was published in 2015