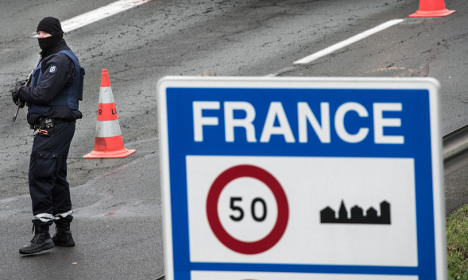 It’s not just German forces of law and order that are on alert following the truck attack at a Berlin Christmas market.

In France, where the terror threat has long been at an elevated level following attacks in Paris and Nice, authorities are taking steps to try to prevent any repeat of the Berlin carnage in the run up to Christmas.

Having already boosted security presence at Christmas markets the interior minister announced on Wednesday that police would be stepping up checks along the border with Germany.

The minister sent a memo to all local police authorities asking them “to take all necessary measures to strengthen controls at the Franco-German border, without delay.”

The move comes as German police desperately hunt the suspect behind Monday’s killing of 12 people in Berlin.

Media reports say they are looking for a Tunisian man, believed to be in his early 20s and the holder of several identities.

France’s interior minister also asked police authorities to reassess the risks on all places that attract large crowds during the end of year celebrations, “in order to adapt security plans already in place.”

French authorities are clearly taking no chances and the government spokesman Stephane Le Foll also announced on Monday that several preventative arrests had been made.

These arrests carried out “on the information available, aim to avoid any risk of the possibility of an attack or the organization of an attack,” said Le Foll.

“Everything is done to avoid any risk”.

These measures also include stepping security at churches over the Christmas period when thousands normally attend masses.

Some churches will ask volunteers to keep watch and even search churchgoers.