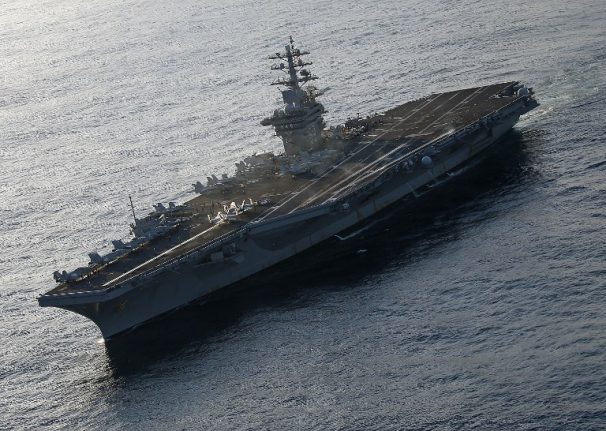 Tuesday morning was an embarrassing one for three French policemen.

The trio boarded the USS Dwight D. Eisenhower, a 333-metre long and 75-metre high aircraft carrier, while it was docked in Marseille.
The officers were invited on board by the crew, reported Ouest France, and took a tour of the ship.
When it was time for the vessel to depart, the French police officers somehow didn't manage to alight in time, and were taken out into the open seas along with the 5,000-strong crew of sailors, pilots, and mechanics.
American Navy sailors found the unwitting stowaways and the ship was stopped dead in its tracks, reported France TV Info.
At over 300 metres long and not too far from shore, it was impossible to turn the boat around, and a reverse parallel park was apparently out of the question too (you can't really blame the captain for that).

Local French police sent another boat out to get the bungling officers, who returned to land safely, but not without causing a one-hour delay.
The officers will be disciplined, security officer Caroline Pozmentier told the channel, without going into further details.