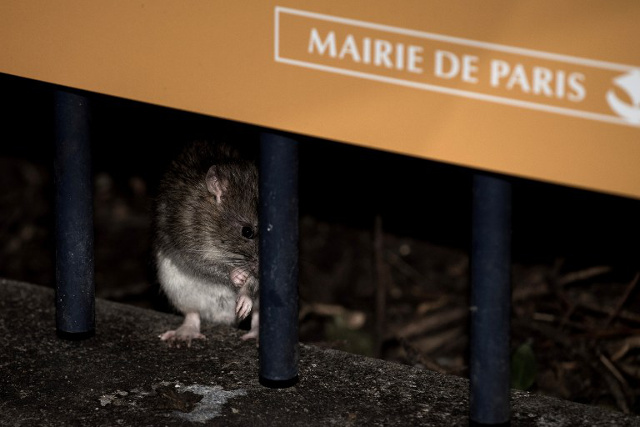 Not everyone in Paris is in favour of the City Hall's newly declared war on rats, announced in response to a surge in the city's rodent population.

Several parks including the Champs de Mars, by the Eiffel Tower are closed for two weeks while the rat catchers, armed with poison and traps have been sent out to do their grim job.

A petition demanding an end to the “massacre” of the rat population has garnered over 20,000 signatures in a matter of days.

The petition was set up by animal rights activist Josette Benchetrit.

“In the name of the phobia of the rats we are killing without mercy all these unfortunates,” she said.

“Rats are not dangerous for humans. Their only fault, is that according to the Parisians, they are not nice to look at.

But is this a real reason for inflicting the death penalty on them? I am a child psychologist and horrified by the cruelty of men. “

Other specialists have pointed out that the millions of rats resident in Paris are in fact useful for the city by consuming some nine kilos of waste each, per year. They also act to keep sewers unblocked.

Benchetrit has labelled George Salines, the Paris official in charge of the campaign the “killer in chief”.

But Salines defended the campaign.

“When it's an emergency… we have to carry out operations to destroy the rats, which satisfies no-one,” Salines told AFP in his office adorned with pictures of flora and fauna.

“Animal lovers don't like it, nor do I because I love animals too,” he said. “Rats multiply very, very fast,” the public health doctor said. “As long as they have food, water and places to burrow, they'll multiply.”