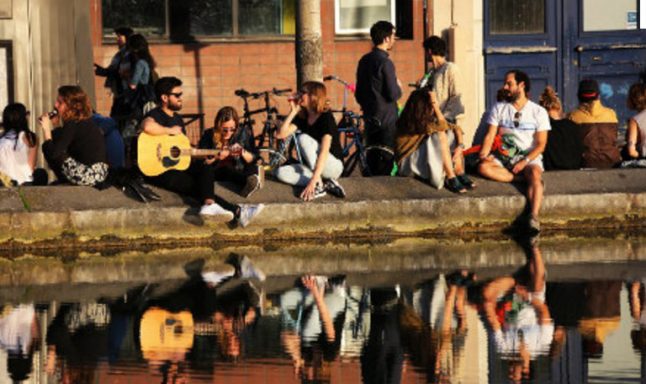 Any foreigner living in France knows that finding somewhere to live can be tricky. It’s easy to feel overwhelmed by the language barrier, seemingly endless paperwork or simply not having a clue where to start. But if you’re a student or a young intern, then a foyer des jeunes (youth residence) can be a safe bet.

Foyers des jeunes are reasonably cheap lodgings for young people in France. A bit like student halls, but with a smattering of interns, travellers and graduates, all looking to bridge the gap between leaving home and the terrifying prospect of finding their first apartment.

Charlotte Mason spent a year living in a foyer des jeunes in Paris. Here, she shares what to expect from communal living the French way.

Being in constant company has it perks, especially for bright-eyed Erasmus students ready to pounce on the nearest person in a desperate bid to make friends. But unless you’re lucky enough to have your own en suite and kitchenette, get used to sharing. Cue waiting around for a free hob when the kitchen is rammed, being prepared to fight tooth and nail for that last washing machine, and finding hairs (and worse) in the shower. 2. You have to survive on terrible food

Some foyers are self-catered, but mine served food on weekdays. Warning: Don’t get too excited at the prospect of being cooked dinner by a French chef every night. Louise, who works in marketing, told me the food at her former residence was “worse than primary school dinners”. She said, “At my old foyer, we ate microwave ready meals in plastic tubs every night. I guess French canteens are particularly awful.” 3. Be prepared to fend for yourself in August

Holiday time is serious business in France. Expect the catering people to take off over August, Christmas or any of the bank holidays dotted throughout the year. In fact, the country pretty much stops working as soon as the temperature reaches 25 degrees. I had no idea about this summer shutdown when I arrived. Ask questions about cooking arrangements before you arrive and find the address of the nearest IKEA in case you need to stock up on kitchen essentials. Photo: jmho/WikiCommons
4. You get free cash… but you'll have to wait

Foyers de jeunes residents are entitled to reduced rent thanks to the CAF (Caisse d’Allocations Familiales). This can slash hundreds of euros off your rent so it really is worth looking into, despite the painfully long time they take respond to your application. Reductions are backtracked to the date you moved in, so you can enjoy a big chunk off your monthly bill once you’re finally accepted. Hooray for free money. 5. You'll have to pay to have friends over

“The worse thing is having to pay when you welcome someone for the night,” says Marjorie, who’s lived in a foyer for the past 18 months. “And you can’t welcome more than two people at a time. Too bad if you have more than two friends”. You can expect to pay between €6.50 and €30 to have a friend sleep over in a foyer in Paris. Much cheaper than a hotel, but still an annoying addition to your rent.

6. You'll have to get used to a tiny room

Moving to Paris? Forget your dream of prancing around a huge bachelorette pad and gazing out at the Eiffel Tower. I’ve never met anyone with plentiful living space in the French capital, whether they live in a foyer des jeunes or elsewhere. My cosy 12m2 retreat perfectly housed my bed, wardrobe, desk, sink and all my bits and bobs. It can be trickier if you have a roommate, which isn’t uncommon in foyers. Just remember, even if it’s small, you’re getting your very own little patch of France. Ahh… My foyer was particularly strict with guests, although the rules vary from place to place. Non-residents were forbidden in bedrooms, and friends we did invite over to hang out in the garden or lounge had to leave by 10pm. My friend got a severe telling off when the management spotted her taking a boy (yes, a boy!) to her room after midnight. The close-knit community of a foyer des jeunes can be a fast-track ticket to making friends in France, but for me, it felt like a boarding school sometimes. Sorry guys, looks like it’s pre-drinks are at your place again. Life in a foyer des jeunes might not be as wild as you think. Photo: ivabalk