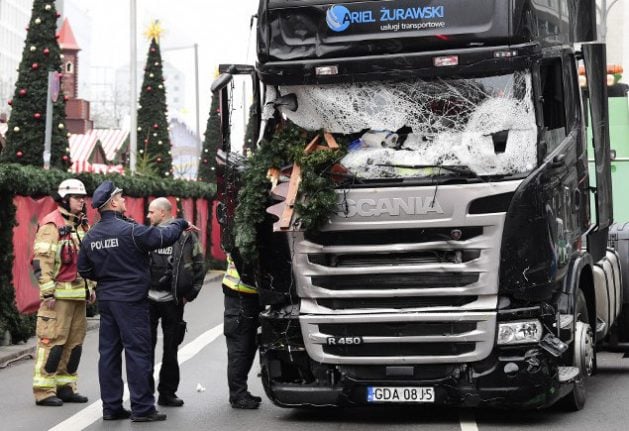 Even before details of the terrorist truck attack in Berlin or the suspect who carried it out had been confirmed, far right politicians in France had made their minds up about where the blame lay.

For them German Chancellor Angela Merkel's controversial policy of opening the orders to hundreds of thousands of refugees from the Middle East, Asia and parts of Africa has left the country vulnerable to the type of attack seen in Berlin on Monday night.

French presidential candidate Marine Le Pen released a statement saying: “How many massacres and deaths will be necessary for our governments to stop bringing in a considerable number of migrants into our communities without borders, when we know that Islamist terrorists are among them?

On Tuesday unconfirmed reports in Germany stated the attacker was a Pakistani asylum seeker who had entered Germany in December last year.

Le Pen, who opinion polls in France predict will make the second round run off of next year’s presidential election added: “I call for the immediate restoration of our national borders and the equally immediate cessation of relocating migrants among our towns and villages,” referring to the government policy of rehousing thousands of migrants and refugees in asylum centres across France.

The far right mayor of the French town of Beziers Robert Menard said: “Once again, the Islamist terrorist was a refugee. Those who defend mass immigration carry a heavy responsibility.

“The wave of migrants is a wave of death,” he added.

“Once again it’s a terrible consequence of mass immigration. Our emotion will not be enough,” said Menard, who has fought hard against any of France’s refugees being rehoused in his town.

Other politicians in France however rubbished the idea that closing borders would end the threat from terrorism.

Former French Finance Minister Pierre Moscovici and current European Commissioner said: “Re-establishing borders will cost three times as much as today and will not work.”

Moscovici said Europe should “stick to its values and insist that we will always be open societies.”

France’s recently installed Interior Minister Bruno Le Roux called on French citizens to be prudent but also to avoid any “climate of fear”.