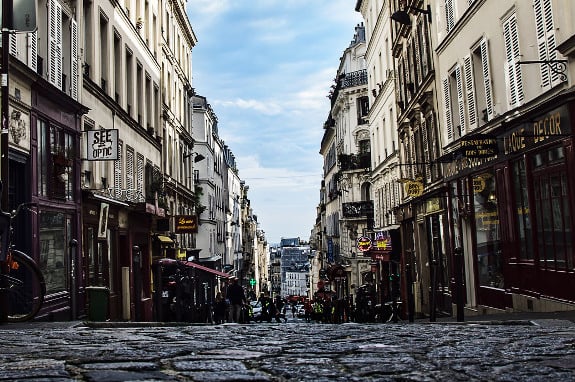 Photo: Ludwig Tröller/Flickr
A street that stretches from the southern edge of Montmartre towards the city centre is the subject of Elaine Sciolino's best-selling book “The Only Street in Paris – Life on the Rue des Martyrs”.
But why is it so amazing?
In the book, Sciolino writes:
“For me, it is the last real street in Paris, a half-mile celebration of the city in all its diversity – its rituals and routines, its permanence and transience, its quirky old family-owned shops and pretty young boutiques. This street represents what is left of the intimate, human side of Paris.”
“It's not just a street, it's a collection of stories. Stories about the people who live and work on this magical street. I say in the book and it sounds trite but it's true, but I can never be sad on the Rue des Martyrs because I feel at home there,” she said in an interview with World Radio Paris (listen to interview below). Photo: Karibo/WikiCommons
She says the community can bond thanks to the high concentration of food merchants, while onlookers can enjoy the spectacle.
“I go out of my apartment and can go in the little cafe at number eight and sit there, look out at the shops across the way, and it's almost like having four or five different theatres going at the same time. The green grocer, the cheese monger, the fish store, the butcher, the hardware store, and I watch people come in and out and I feel part of a community.”
Listen to the full interview below, including her tips on how to befriend a Parisian cheese monger, the subject of her new book, and the cat in the Shakespeare and Co bookshop.
Of course, saying that in a city of 6,100 streets that any could be the “only” one is a big call, and plenty of people disagree with Sciolino.
When we asked other writers in Paris for their favourite streets in the capital, we heard everything from Rue d'Aligre in the 12th (David Lebovitz) to Quai de la Loire in the 19th (Stephen Clarke).
And if you want more, The Localers walking group were kind enough to tell us the ten best streets in Paris that you just have to walk down.
Yes, picking your favourite street in a city like Paris is an almost impossible task, and some might say that's the real charm of the city.
Most importantly, perhaps, is to know which are the most overrated streets in Paris (and the best nearby alternatives).
Click here for more from the Earful Tower radio show.