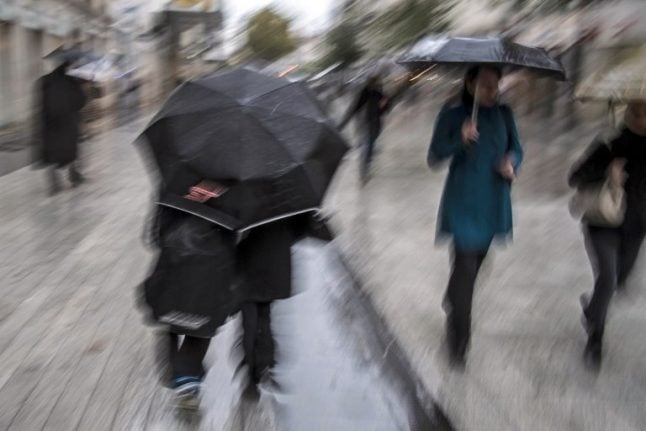 Photo: AFP
France's weather agency Météo France issued Orange alerts for six departments in France.
An Orange alert is the second highst on the weather agency's system, and urges the public to be vigilant.
The departments include Ardèche, Loire, and Haute-Loire, all in southern central France, and all on alert for snow and black ice.
The agency predicted up to 30 centimetres of snow in some parts in the coming days.
Both departments in Corsica were on alert for floods, with “persistent rainfall” expected on Monday afternoon.
The rain will turn into storms by evening, getting stronger by Tuesday morning and bringing up to ten centimetres of rainfall in some parts, the agency said.
Lastly, Météo France issued an alert for the department of Var in the south east. It said that “violent winds” were forecast to reach 110km/hr.
The alerts are in place until midnight on Wednesday.