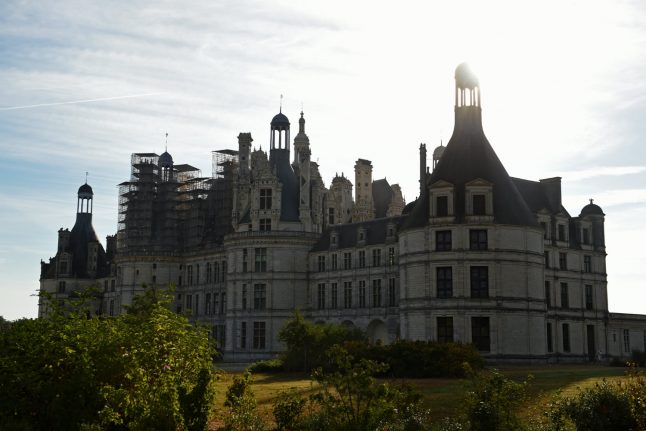 File photo: Guillaume Souvant/AFP
Stephen Schwarzman, chairman and CEO of the Blackstone private equity firm who is reportedly worth around $11 billion, “loves France, loves our heritage,” Chambord's director Jean d'Haussonville told AFP on Saturday.
Schwarzman, already a patron at the Decorative Arts and Louvre museums in Paris, decided to finance the restoration of the garden at the chateau built by King Francois I (1494-1547) after visiting there twice over the past few years.
The 69-year-old business magnate also wanted to help France “at a time when we see that heritage is an issue for civilisation,” d'Haussonville added, citing the jihadist attacks in France that have claimed 238 lives since January 2015.
It was King Louis XIV who in 1682 built a terrace at the chateau and then in 1734 installed a garden.
But “the ancient formal French flowerbeds became a lawn,” the Chambord director said.
With Schwarzman's donation, all the flowerbeds will be restored and “we will open to the public on March 21, 2017,” he said.
Restoring the garden at the UNESCO World Heritage site will allow visitors to experience the chateau “as part of a majestic composition combining wild natural spaces (the park), manicured nature (the garden), and an exceptional architectural construction,” the Chambord Chateau website says.
Url copied to clipboard!