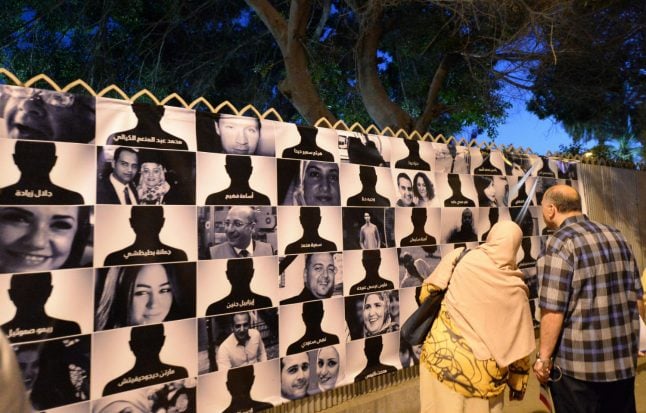 Egyptians look at posters of the 66 victims of the EgyptAir MS804 flight. Photo: AFP
The Airbus A320 had been en route on May 19 when it crashed into the Mediterranean, killing all 66 on board, among them 40 Egyptians and 15 French nationals.
On Thursday, the aviation ministry in Cairo announced that traces of explosives had been found on the victims' remains.
But France's air safety agency said it was not possible to determine what caused the crash, saying it did not have information on how the samples were collected.
The prosecutor ordered the return of remains “of Egyptian victims, and there is currently coordination with foreign embassies to turn over the remains of foreigners,” Saturday's statement said.
A lawyer for relatives of the French victims had said in September that there was nothing to “justify” the delay in handing over the remains.
France welcomed the decision on Saturday, and said it hoped it would be implemented as quickly as possible.
“This is an important decision which the families have been looking forward to and the urgency of which has been stressed a number of times in recent months by the French authorities,” the foreign ministry in Paris said in a statement.
“The French authorities want this decision to be implemented as quickly as possible.”
The plane airliner had also been carrying two Iraqis, two Canadians and one passenger each from Algeria, Belgium, Britain, Chad, Portugal, Saudi Arabia and Sudan.
Aviation experts have said there is little chance that a mechanical fault was responsible for the disaster.
The plane only entered service in 2003, making it relatively new for an aircraft that tends to have an operational life of 30 to 40 years.
It was flying at 37,000 feet (11,000 metres) and disappeared about 130 nautical miles off the Greek island of Karpathos.
Investigators had determined that a fire broke out in or near the cockpit before the plane crashed between Crete and the coast of northern Egypt.
The disaster came as Cairo was still investigating the October 2015 crash in Egypt's Sinai of a Russian passenger plane filled with tourists flying home.
The Islamic State jihadist group claimed responsibility for bombing the Airbus A321 that crashed soon after takeoff from a Sinai resort, killing all 224 passengers and crew.
There has been no such claim linked to May's EgyptAir crash.
However, Egypt's aviation minister, Sherif Fathy, has said a terrorist attack was the most likely cause of the EgyptAir crash.
The chances of an attack were “higher than the possibility of a technical (failure)” for the downing of the plane, Fathy said in May following the crash.
The aircraft had plunged 22,000 feet and swerved sharply before disappearing from radar screens, Greece's Defence Minister Panos Kammenos said at the time. 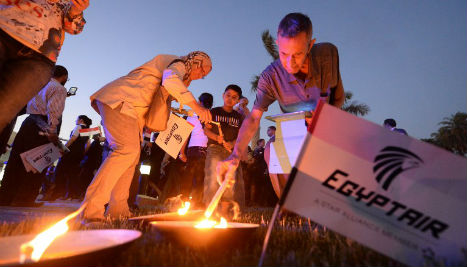 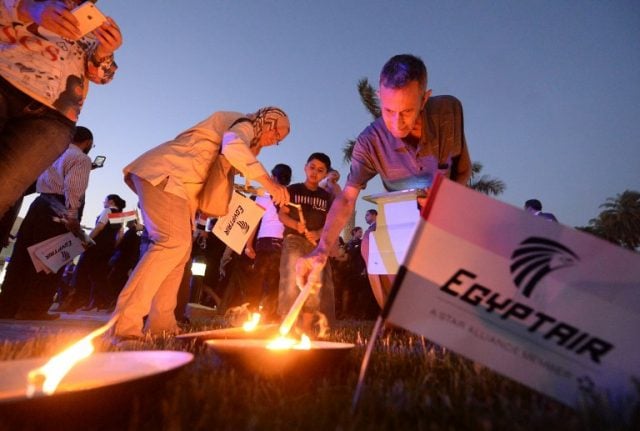