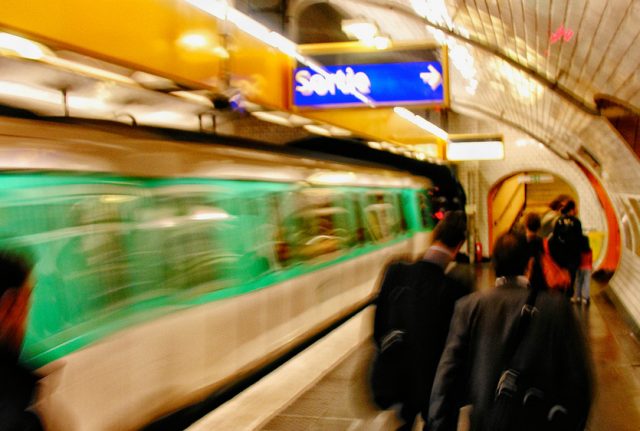 Public transport is free in Paris on Friday and only cars with even-numbered registration plates are allowed on the roads.

And it's expected to get worse on Saturday.

Police officials said they would be monitoring central Paris and 22 surrounding towns (see map below) to ensure drivers abided by the traffic restrictions.

Last week saw similar restrictions from Tuesday through to Friday as levels of fine airborne particles known as PM10 consistently above 80 microgrammes per cubic metre of air.

The surge in pollution has been driven by cold, dry weather and near windless conditions that have trapped exhaust fumes, smoke from wood fires and other industrial pollutants.

READ ALSO: How to breathe easy in polluted Paris