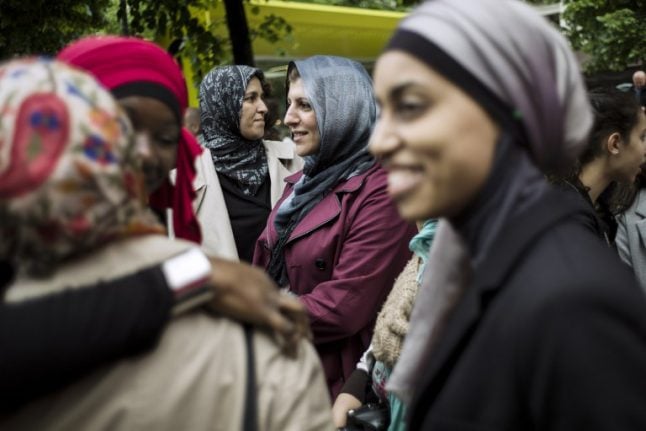 French people are the most likely to hold misconceptions about the current and predicted Muslim population in their country, according to a study by Ipsos Mori published on Wednesday.

French people reckoned that 31 percent of the population was Muslim, when the real figure according to Pew research in 2010 was 7.5 percent.

Among the 40 countries polled, respondents in South Africa, the Philippines, and Italy also wildly overestimated the Muslim population.

Graph 1: What percentage of this country do you think is Muslim?

French respondents also predicted that 40 percent of the population will be Muslim by 2020, but the same researchers predict the current number will rise to 8.3 percent (see graph below).

French sociologist and expert on Islam, Professor Raphaël Liogier, said the study made for concerning reading.

“I think it’s really worrying because we are in an intellectually and economically rich country but we are so scared,” he told The Local.
“We try to find scapegoats to our problems instead of trying to solve them. In fact, we are playing Isis's game by thinking we are in a war.”
Author of the book 'War of Civilisations Will Not Take Place', Liogier said that the solution was “to tell people the truth”.
“We need to have responsible politicians who tell people what the real situation is and not feed their fear. For the last four years, we have fed the fear and prejudices of the people,” he said.
“When the media talk about Muslims – the veil, burkini, halal food, things which have nothing to do with terrorism – that’s treated as a threat to our identity. People used to say that Muslims are not adapting to our culture and values, but now they’re saying Muslims intend to take over – to steal our jobs, our lives, our identity.”
Graph 2: What do you think the Muslim population will be in 2020? Bobby Duffy, Managing Director of Ipsos Public Affairs, said it was a widespread trend that people “over-estimated what they worried about”.

“We are often more incorrect on factors that are widely discussed in the media, such as the proportion of our population that are Muslims and wealth inequality,”  he said in a statement.

The survey also asked people about their country’s views on issues like homosexuality and abortion, and how much they thought the government spends on healthcare every year.

Ipsos said that nearly all countries overestimate their Muslim population, and many are “extraordinarily wrong”.