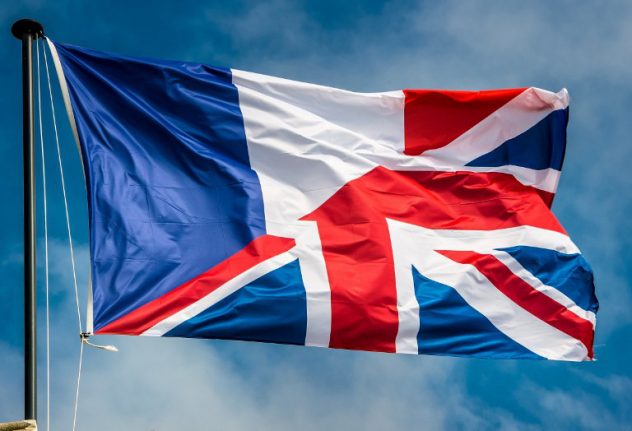 Photo: AFP
Speaking to the Lords' EU Justice Sub-Committee, Bermann said the French community has “a lot of questions” about the consequences of Britain's June referendum to leave the European Union.
“It is worried because of the great uncertainty about its future in the UK; its members have invested a lot in this country, both personally and professionally.
“It is also worried, because in the aftermath of the referendum some French nationals were subjected to negative or aggressive language,” Bermann said in comments published in the House of Lords report.
The French ambassador said she and her colleagues had received testimonies of such abuse following the Brexit vote, coming after decades of Britain being seen as “a success story in terms of dynamism and respect for others”.
Bermann estimated 300,000 French people were living in Britain and said some were ready to change their plans after the referendum.
“Some of them told me that before 23 June they felt like Londoners and now they feel like foreigners, which is different.
“Many express a sense of sadness and are waiting for answers,” she said.
The envoy's comments echoed those made by her Polish counterpart, Arkady Rzegocki, and Romanian ambassador Dan Mihalache, who also spoke to the committee for its report on the impact of Brexit on rights.
Rzegocki said there were around 984,000 Poles in Britain, while Mihalache said there were 272,000 Romanians living there.
Anxiety for Britons in EU
In its assessment the House of Lords committee said the government had a moral duty to provide clarity to EU citizens in Britain.
“The government is under a moral obligation to provide certainty and legal clarity to all EU nationals working, living and studying in the UK, who contribute so significantly to the economic and cultural life of the UK. It should do so urgently,” the report said.
It further called on the government to explain its actions to combat xenophobia, while also warning that EU workers filled gaps in the labour market that cannot be filled by British workers.
“The longer their future is uncertain, the less attractive a place to live and work the UK will be, and the greater labour market gaps will be,” the committee said.
Prime Minister Theresa May has repeatedly said she wants to protect the status of EU nationals already living in Britain, although she has stopped short of guaranteeing their rights.
The premier has promised to start the two-year negotiating period to leave the EU — by triggering Article 50 of the EU's Lisbon Treaty — by the end of March 2017.
The House of Lords report additionally gathered testimony from Britons living in other EU countries, numbering around 1.2 million in total.
“The anxiety of EU nationals in the UK is matched by that of UK nationals in other EU states — the evidence we received of their distress is compelling,” the report said, calling again on the government to urgently provide certainty and legal clarity.
The biggest worry for Britons living elsewhere in the EU was healthcare, while pension rights and exchange rates were also listed as concerns sourced from the lobby group Expat Citizen Rights in EU.