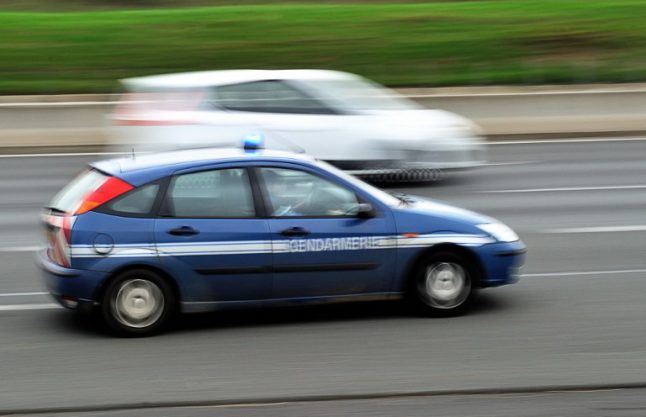 The Loomis security van was robbed on Monday morning near central France's Lyon, reported the BFM TV news channel.
Three armed men are reported to have used two cars to block the van at a motorway exit leading to an industrial estate, police sources said.
After grabbing the gold and loading it into their getaway car, they locked the two security guards in the back of their van.
Before making off, they set fire to their abandoned vehicle.
The fire gutted the car and spread to nearby vehicles but police arrived on the scene before it engulfed the van, freeing the two guards who escaped unharmed, the investigators said.

Their haul: a reported €2.5 million worth of gold.
Police are searching for the trio although no information about them has been released as yet.
The attack reportedly took place on the A6 motorway near the town of Dardilly (see map below). Photo: GoogleMaps
France played host to another high profile highway robbery last month when two sisters were fleeced of €5 million worth of jewellery during their stay Paris.