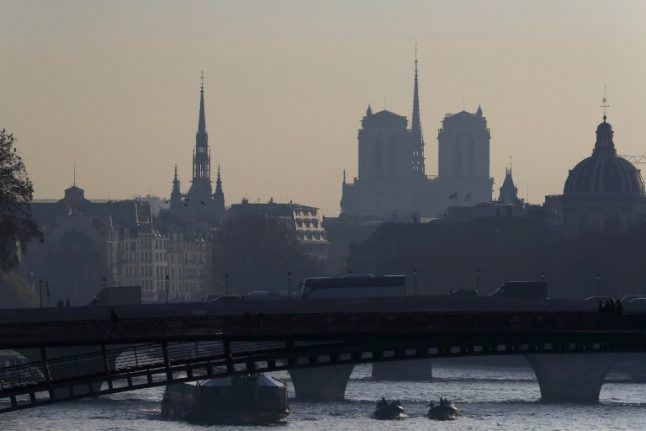 Friday will be the last day of free public transport in Paris. For now anyway.

The pollution spike that has cloaked the city and surrounding region in a smog is set to ease at the weekend.

AirParif, the agency that monitors air quality in the capital, says the air should improve over the weekend but has warned pollution levels may soar again next week.

“The emissions of [polluting particles] should lower over the weekend along with road traffic and the wind should increase and disperse part of the pollution,” said Amèlie Fritz from Airparif.

“But we are not as confident for next week.”

For more than a week, the Paris region has been on pollution alert with levels of fine airborne particles known as PM10 consistently above 80 microgrammes per cubic metre of air.

The surge in pollution has been driven by cold, dry weather and near windless conditions that have trapped exhaust fumes, smoke from wood fires and other industrial pollutants.

The same weather conditions which prompted this week’s dirty air are forecast to return next week.

On Friday driving bans were still in place in Paris and Lyon, meaning only motorists with even numbered registration plates could take to the roads.

The move has been criticized for being ineffective, in part because so many drivers seem to have ignored it and driven anyway.

Later on Friday authorities confirmed that the measures would not be continued on Saturday, so all drivers will be able to return to the road and public transport will no longer be free.