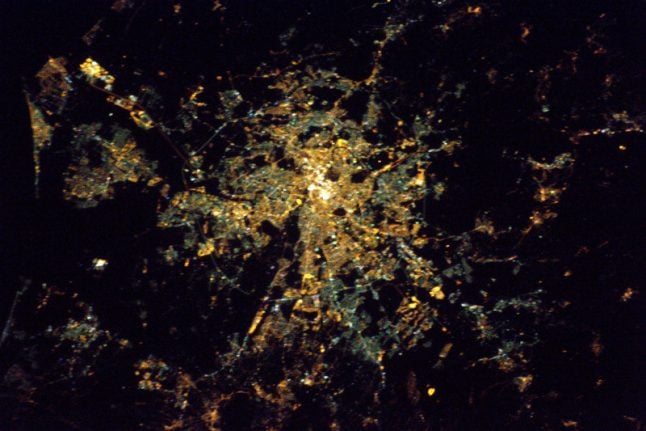 So Lyon's fêtes de lumieres can actually be seen from space and French astronaut Thomas Pesquet has the proof.

Pesquet, who is on board the international space station orbiting the earth, managed to time it right and get a zoomed in photograph of Lyon on Thursday night as the festival opened.

The astronaut admitted his photo was not the best as the city's lights “were shining too bright”.

It's not the first photo Pesquet has taken of France from space.

He challenged those living in northern France to pick out their town with this one of France on a clear night.

The north of #France: can you find your city… or are you a southerner? #Proxima https://t.co/rqt5KOf0yJ pic.twitter.com/14aDRMyRMm

Meanwhile down on earth in Lyon, the fêtes de lumieres kicked off amid tight security, which included the deployment of a drone for the first time.

Nevertheless the show was as spectacular us ever.

Here are a couple of close up pics from down on the ground for astronaut Pesquet to enjoy.