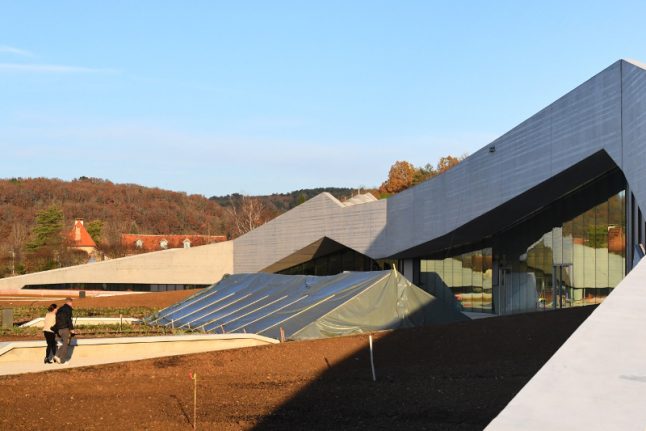 The last of four boys who discovered the Lascaux cave paintings, a stunning display of prehistoric art in southwest France, will visit a new replica of the site Saturday.

Simon Coencas, now 89, will join President Francois Hollande for the inauguration of the display at a visitors' centre in Montignac, a village at the foot of the hills where he discovered the cave as a teenager.

More than seven decades after he got his first look at the site, Coencas will — health permitting — revisit a complete copy of the caves. The tale of how he and three friends discovered the site, in the Dordogne region in southwestern France, is like something out of a children's adventure book.

On September 14, 1940, with World War II raging and the Nazis already in Paris, a friend of Coencas enlisted him and the other boys to explore a hole in the ground in the hills above the village that his dog had found a few days earlier. One of the boys had to carve out a space with his knife so they could get into the cave and continue their search by the light of a paraffin lamp.

“With my pals, we climbed down to explore a hole, we advanced bit by bit and at some point we came up upon the chamber of the bulls,” he told AFP.

It was by that light that they first saw the paintings: horses, bulls and deer jumping out of the walls of the cave.

Copies to save the original

The spectacular cave of prehistoric art is thought to be 18,000 years old. Such is its importance that it has been on UNESCO's list of world heritage sites since 1979.

But tourists have been kept away from the original site since 1963 because the carbon dioxide they exhaled was damaging the paintings, playing havoc with the cave's fragile ecosystem.

And the early work preparing the site for visitors also disturbed its environment more than the authorities foresaw.

Lascaux 2, an earlier copy of the site, opened in 1983, but it reproduced only 90 percent of the cave's wall art.

Lascaux 3 is a travelling exhibition showing highlights from the site. Lascaux 4, the latest version which will be inaugurated on Saturday and open to visitors the following week, was the logical next step.

“It's the first time that we've reconstructed the entire Lascaux cave,” said Jean-Pierre Chadelle, an archaeologist working with the Dordogne regional authority.

The new reproduction of the site took a team of 30 workers four years to complete at a cost of 66 million euros ($70 million).

One problem with Lascaux 2 was that it is up the hill and too close to the original site, given the volume of visitors and traffic.

The new site, located in the village, will take the pressure off the hillside site. 'It was a sanctuary'

Yves Coppens, the palaeontologist who leads the scientists charged with preserving the original cave, insisted the measures were necessary.

But after years of problems, they had finally managed to stabilise the site's environment, he added.

“That said, we remain extremely vigilant. The cave remains fragile.”

Coppens, 82, also has vivid memories of his first visit to the site, as a 13-year-old boy. “I got goosebumps,” he recalled. “It was a sanctuary. We were in a religious world.”

Coencas moved away from the village soon after the discovery as his family returned to Paris.

From a family of Jews, he barely escaped deportation to the wartime death camps. His parents were not so lucky.

After the war, he rebuilt his life back in Paris, but in 1986 he returned to his old haunts to meet up with his three boyhood friends, who have all since died.

He still has fond memories of the games his gang played hunting for treasure.

“We were hoping to find a treasure. We found one, but not the one we thought we would,” he said with a smile.