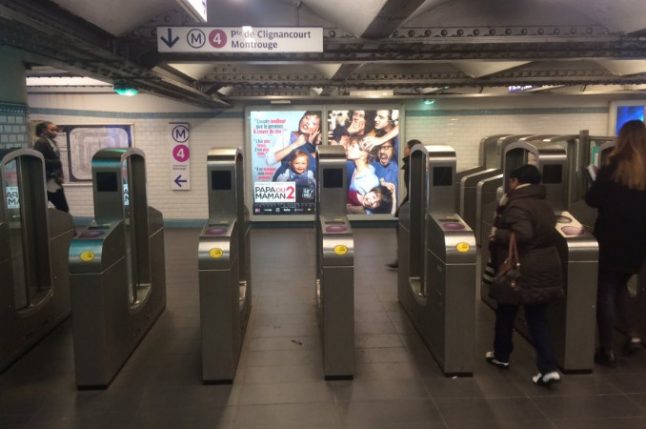 Photo: Oliver Gee
Public transport has been free in Paris since Tuesday as pollution levels have soared to their highest level in a decade.
And the smog shows no sign of shifting meaning public transport was once on Friday for the fourth straight day.

And it's not a cheap move.
In fact, it's going to cost around €4 million a day, a fee that the president of the Paris region Valérie Pécresse said will be footed by the region's transport authority STIF.

The figure, which was first brought up during a similar pollution peak in 2014, covers the cost of the extra services laid on to cope with extra demand.
It also covers the lost revenues from:

And while it might sound like a lot of money to cough up, the Parisians are no doubt doing a lot of coughing themselves.
The pollution levels have been described as the worst in a decade.
The reason authorities have made public transport free is because it has also enforced bans on half the cars in the city and its suburbs, with only cars with even-numbered registration plates allowed on the roads on Thursday.
The rule has been in place since Tuesday, alternating between odd and even plates and it will remain in place on Friday.
Critics insist that the costly measure to ban drivers and make public transport free isn't actually working very well, not least because the pollution level actually rose the first day after half the cars were banned.
Many motorists, meanwhile, are ignoring the bans, with 1,700 fined on Tuesday alone for flouting the ban.
It's unlikely that the revenue from these fines will even nearly cover the lost revenues from the free public transport – with a similar move in 2014 only bringing in €90,000 in total.
Paris will roll out new anti-pollution sticker system next year that is hoped to be more effective.
During spikes in air pollution the most polluting vehicles will be banned instead of barring cars based on their number plates. So why the pollution?
The surge in pollution has been driven by cold weather and near windless conditions that have trapped exhaust fumes, smoke from wood fires and other pollutants, according to the French capital's AirParif air monitoring service.
Although bad by Paris standards, current levels of fine airborne particles, or PM10, are around 60 percent of those in Beijing and a fraction of readings in New Delhi, the world's most polluted capital.
For more than a week now, the PM10 readings have been at dangerously high levels of over 80 microgrammes per cubic metre of air particles, reaching 146 microgrammes/m3 last Thursday.
Other parts of France are also being choked by smog.
Officials in the southeast Rhone valley region said they would introduce measures to restrict car use from Friday to combat the problem in the city of Lyon.
IN PICTURES: Paris cloaked in smog as air pollution rises