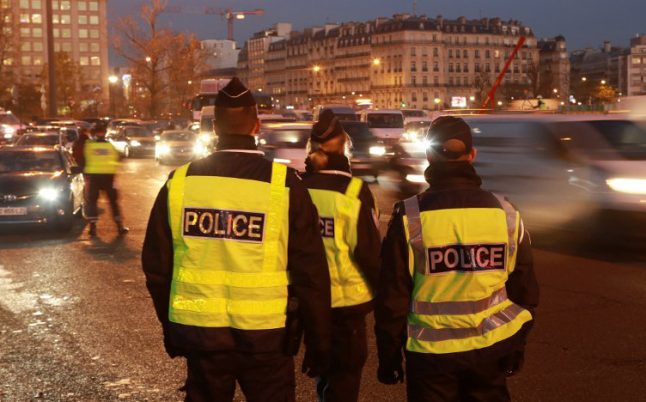 You'll be able to ride public transport in the Paris region for free on Wednesday as a result of the ongoing spike in air pollution.

Authorities in Paris have also decided to restrict vehicle use on Wednesday by imposing alternating traffic in the capital and its surrounding suburbs.

The move comes as the Airparif Association, an environmental body responsible for monitoring air quality of Ile-de-France, predicted the pollution levels will get worse on Wednesday.

Only cars with an odd number registration plate (the first set of numbers), electric or hybrid vehicles and vehicles with more than three people on board will be allowed to drive on Wednesday.

Tuesday saw only even-numbered plates allowed on the roads. With public transport likely to see a huge surge in user traffic, Parisians will be hoping there's no repeat of Tuesday's chaos on the train lines, which included serious delays to the RER B commuter line due to electrical faults between Gare du Nord and CDG airport.

The RER B line was still out of action on Wednesday morning on a section of track between Gare du Nord and the airport. No trains are expected to run before midday.

The official RER B Twitter account said a shuttle train will be set up on Wednesday between Gare du Nord and CDG, and that it would run every 80 mins from 7am to 1pm.

The roads, despite the restrictions, still saw 370 kilometres worth of traffic jams at around 9am.

Police promise tough measures against drivers who ignore the restrictions, including the impounding of vehicles. Most will be hit by €22 fines or €35 if they don't pay upfront.

Some 140 police check points were set up around the city to catch “odd” drivers on Tuesday.

Paris Mayor Anne Hidalgo has taken various measures to improve air quality in the city including a plan to diesel vehicles and bar older heavy goods vehicles from the centre of the city.

On Tuesday Hidalgo called on citizens to use clean modes of transport such as Velib and Autolib, which are public sharing services for bicycles and electric cars during “this particularly long episode of air pollution”.

The Airparif Association, an environmental body responsible for monitoring air quality of Ile-de-France, expected the pollution index to be high on Tuesday due to increased pollutant of PM10, particulate matter measuring less than 10 microns – considered the most dangerous to people's health.

According to the Agency for Environment and Energy Management (Ademe), in Ile-de-France, road traffic is responsible for two-thirds of nitrogen dioxide emissions and 55% of small particulate emissions in Paris.