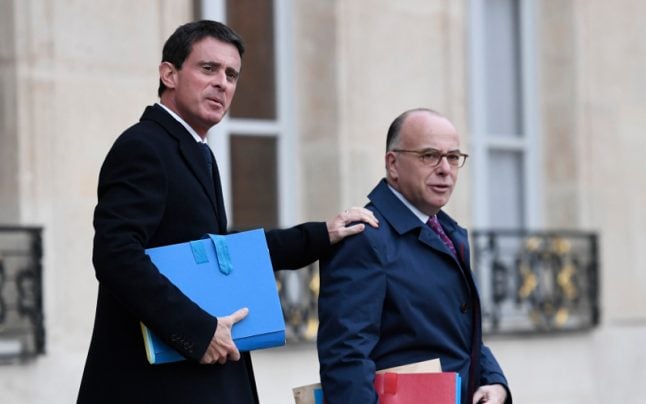 Cazeneuve, who has overseen the security forces' reaction to a string of jihadist attacks that have killed more than 230 people in France over the past two years, will take control of the Socialist government until legislative elections in June.

Cazeneuve's appointment comes a day after Manuel Valls announced he was running for president in 2017 after Hollande opened the way by deciding not to run for a second term.

“The President of the Republic has appointed Bernard Cazeneuve as prime minister and asked him to form the new government,” the statement said.

In opting for Cazeneuve as his replacement Hollande has chosen one of his most loyal ministers.

Cazeneuve steps into Valls' shoes for the second time.

The minister replaced the former PM as interior minister two and half years ago when Hollande shuffled his government.

It was thought Hollande may have been reluctant to name Cazeneuve as PM, preferring not to change the interior minister at a time when France faces a heightened terror alert.

Later in the morning he named Bruno Le Roux as the new interior minister.