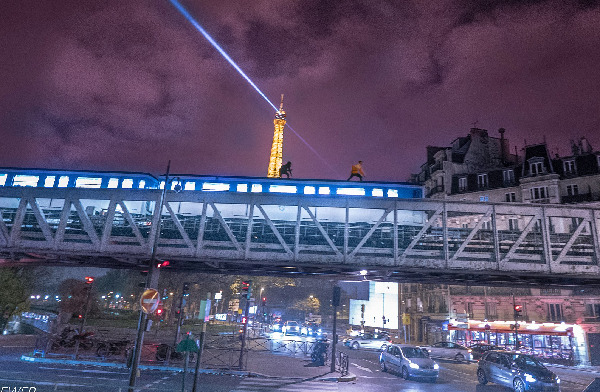 Photo: Rikke Brewer
A person going by the name of Rikke Brewer, who describes himself as “a new and upcoming urban crazy explorer”, shared footage of himself and others “surfing” the Paris Metro last week.
The young men scaled a fence before leaping onto the rooftop of the carriage at the Passy station on Line 6 of the Metro.
They then rode the train across the Seine River before arriving at the Bir-Hakeim station, where the thrill-seekers leaped off the train and ran into the night.
The video has been shared far and wide since it was uploaded, racking up well over a million hits on various channels.
Other videos by the daredevil show him apparently sitting atop the Areva Tower in the La Défense business district to the west of Paris.
Here is another view of the stunt, filmed by another of the daredevils.
Paris transport network chiefs RATP condemned the stunt and said it would take legal action against those behind it.
“Such behaviour is extremely dangerous, irresponsible and reprehensible,” it said in a statement. “That is why the RATP has decided to contact judicial authorities.”
The youngsters are not the first to “ride” the Metro in Paris by jumping on a carriage roof. In 2014, an acrobat made headlines after he leaped onto a moving train.
In the roughly 42-second video “Mister Puma”, as he calls himself, jumps onto a metro train as it shoots out of a tunnel just before the Barbés-Rochechouart station. He lands on the roof of one of its cars, but the momentum of the train sweeps him off his feet and sends him sliding.
The year before, a young man was killed while trying to pull off a similar stunt. The man was struck in the head when the train entered a tunnel near Montparnasse station. 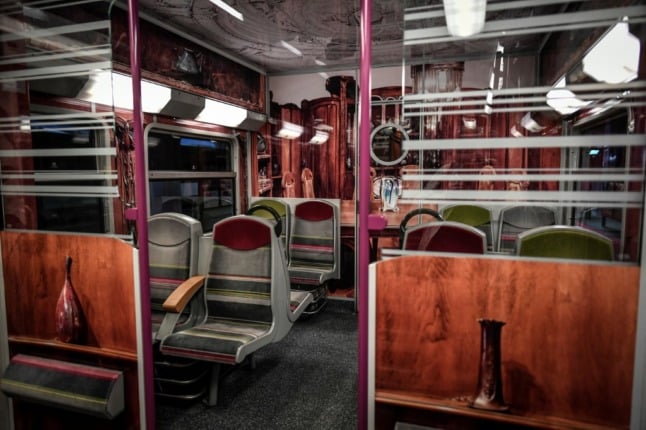