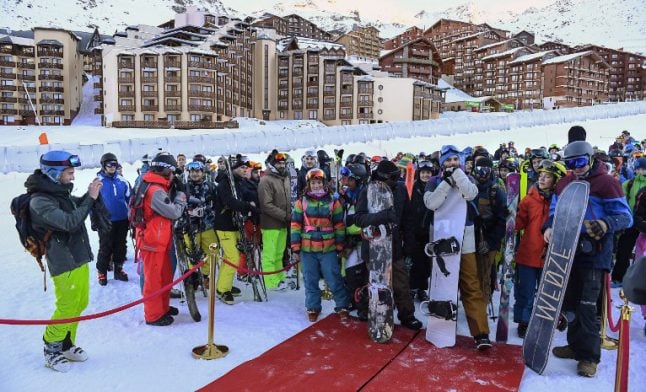 A British man who died on Sunday in the French Alps was a student on a ski trip jointly organised by Cambridge and Oxford universities, according to UK media reports.

The 22-year-old was found unconscious by friends in an apartment in the Val-Thorens ski resort, police said.

He was among a group which arrived at the resort by bus on Saturday and was believed to have started drinking that afternoon.

French media said local military police had reported the student had “clearly drunk too much”.

An autopsy is due to take place this week to determine the exact cause of death. The emergency services were called at around 8:00 am (0700 GMT) on Sunday and were unable to resuscitate the student, who had suffered a cardiac arrest.

The student was a history undergraduate at St John's College, Oxford University, The Times newspaper reported. He was a qualified snowboard instructor and had also taken part in the university trip a year ago, the newspaper said.

Nuco Travel, organisers of the week-long trip, confirmed one of the participants had died.

“Sadly one of our passengers passed away on Sunday 4th December 2016. At this time, to respect their family's and friends' privacy, we will not be commenting further,” the company said in a statement.

The Varsity ski trip of Cambridge and Oxford students dates to the 1920s and this year involved more than 3,000 students, according to organisers.

A spokeswoman for Britain's foreign ministry said: “We are supporting the family of a British national who died in France on 4 December. We are in contact with the local authorities.”

An Oxford University spokesperson was not immediately available when contacted by AFP.

The issue of British skiers drinking too much on trips to the Alpine ski resorts has long been an issue and it's not the first time a young man has lost his life after apparently downing too much alcohol.

In 2015 apprentice plumber Kieron Flux was found dead in Val D’Isère after vanishing while on a drunken pub crawl in sub-zero temperatures.

A coroner ruled that the 18-year-old, from Newport, Isle of Wight, had been killed by a lethal combination of ­intoxication and hypothermia.

A line in a local French newspaper on Monday suggested Britons need to be me aware that consuming alcohol in the mountains is more dangerous than they are aware.

“The consumption of alcohol at altitude is a danger to which the English clientele is not always sensitive enough,” read L'Alsace newspaper.

Over the years British authorities in France have launched several awareness campaigns to warn Brits about the dangers of drinking at altitude, but it appears they have struggled to get their message across.

The one-time posh ski resort of Val d'Isere has been described as “Magaluf on ice”, in reference to the Spanish holiday resort in Majorca known for the drunken debauchery of British tourists.