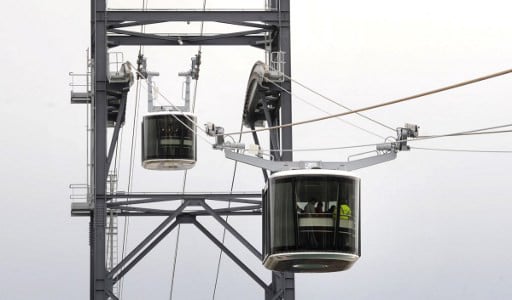 Photo: AFP
It was only inaugurated in November 19th, and it's already in trouble.
The cable car, which runs across the Penfeld river western France's Brest, was shut down to the public after just 15 days in the air.
During its operation it managed to take some 40,000 passengers, but operators were forced to shut it off after they repeatedly found themselves having to manually restart the system.
A union official told Le Parisien newspaper that there were two “near misses” involving workers at non-peak times – though no one was injured.
The cable car had a rocky start, with its official launch last month delayed by over an hour after a suspected sabotage.
Operators have promised that the cable car – the first of its kind in France – would be up an running again before Christmas.
Paris authorities have been looking into the possibility of getting a cable car service too, in a bid to cut down on traffic problems. Read more about the plan here. 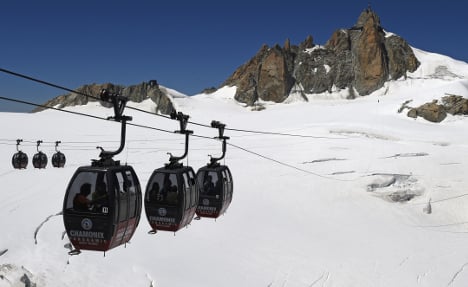